U.K. AAIB Lauds Use of Drones in Accident Investigations

UAVs are less expensive than helicopters to operate and be used more easily for a variety of tasks, AAIB said. 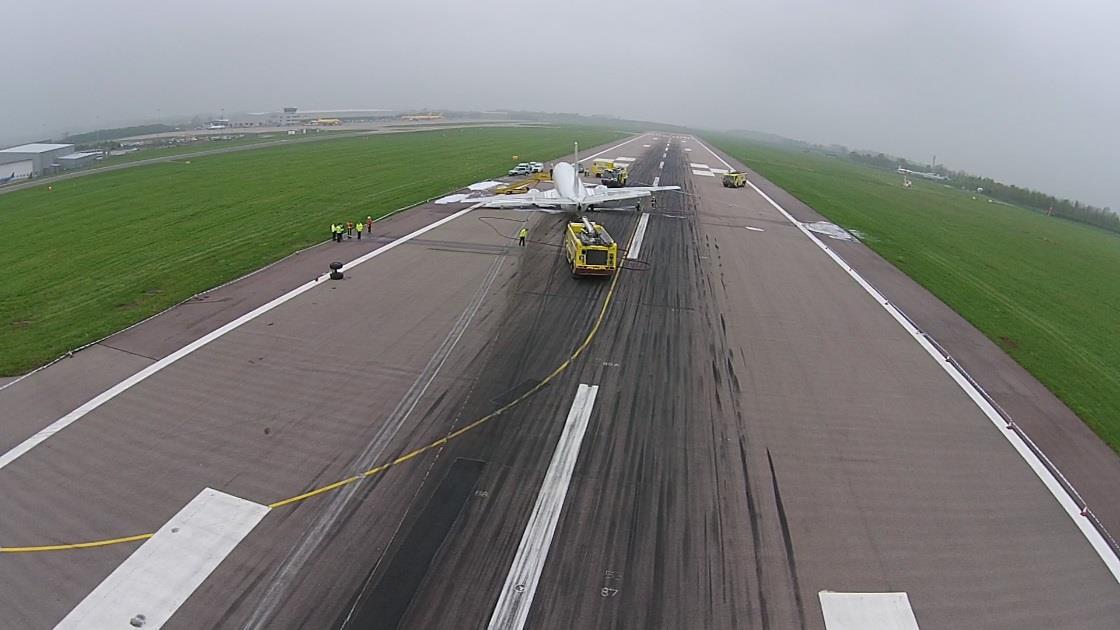 The U.K. Air Accidents Investigation Branch (AAIB) has found drones to be a useful and cost-effective tool at aviation accident sites, the agency says in its newly released Annual Safety Review 2016.

“The benefits of using drones to capture critical evidence at the crash site are proving to be substantial, particularly when used in conjunction with photogrammetry software to link and analyze the images,” Crispin Orr, chief inspector of air accidents, said in his foreword to the report.

In an Annual Safety Review 2016 article, which was adapted from a paper presented at the International Society of Air Safety Investigators annual meeting in October, the AAIB said it has traditionally relied on police or search-and-rescue helicopters to obtain aerial images of accident sites. While useful, these images have not always captured the angle or detail required, and often images would not arrive at AAIB until a week or more after the accident. AAIB said it could charter a helicopter, but that is expensive and time consuming to organize.

The AAIB bought its first drone in early 2014 and first used it at an accident site in March 2014. The agency said drones are useful “for capturing the scene [of an accident] before we start disturbing it,” for searching for missing wreckage and to perform final fight path reconstruction/visualizations. In addition, “[a] drone costs significantly less to operate than a manned aircraft and can be deployed immediately on arrival at site.”

Other benefits include that:

AAIB said it operates its drones under regulations for recreational users, including maintaining visual line of sight, a minimum of 50 m (164 ft) from people, buildings and vehicles not under AAIB control, and 150 m (495 ft) from congested areas. “Since operations are primarily inside a police cordon where everyone can be under our control, these limits have not been a restriction,” AAIB said.

Photo caption: Image taken from a U.K. AAIB drone at East Midlands Airport. Note the white scrape marks on the runway from the left engine nacelle. The curved horizon is a result of the fish-eye lens, but this can be corrected using software and a lens correction profile. Photo credit: U.K. AAIB