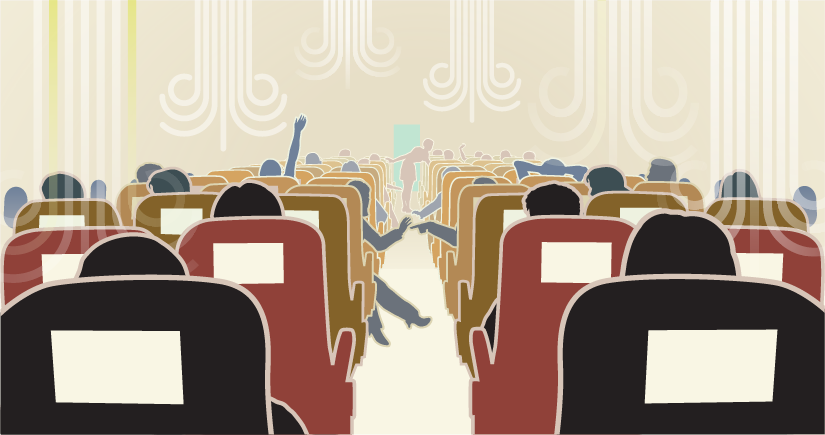 A causal link is unlikely between exposure to cabin/cockpit air contaminants and reported health symptoms, according to a study for the European Aviation Safety Agency (EASA), which said the quality of cabin and cockpit air is at least as good as the air in “normal indoor environments.”

The study — conducted for EASA by the Fraunhofer Institute for Toxicology and Experimental Medicine and the Hannover Medical School and released in March1 — said in-flight air measurements found that the air quality resembled that of air found in offices, schools and homes.

The findings were based on measurements taken during 69 flights between July 2015 and June 2016 in eight types of aircraft/engine configurations; 61 of these flights were in airplanes with engine bleed air systems and the remaining eight were in Boeing 787s with “bleed-free” electrical compressors.

Two sets of measurement equipment were installed — one on the flight deck and the other in the cabin — to obtain air quality measurements during regular passenger flights. Samples were taken at specific flight phases — during taxi out, takeoff and climb, descent and landing and when the flight was complete.

Contaminant levels recorded by the equipment did not exceed occupational exposure limits or guidelines, a report on the study said, noting that special attention was paid to organophosphates — compounds found in engine oils that some researchers believe are associated with a variety of health concerns among crewmembers, including mental and neuromuscular issues. The most prominent airborne organophosphates found were two flame retardants — tri-n-butyl phosphate and tris (chloro-isopropyl) phosphate. Other organophosphate compounds were found in trace amounts, the report said.

The report added that the researchers’ findings were generally consistent with the findings of other public cabin air quality analyses. Despite those findings, other studies have cited inconclusive evidence, and crewmembers have frequently reported health symptoms that they believe are associated with contamination of cabin and cockpit air.

“The observed frequency, pattern and concentration levels were similar to findings of other indoor environments,” the report said.

“To state the obvious, there is no contaminant-free indoor environment,” the document added. “The aircraft cabin is no exception. However, due to the exceptional high air-exchange rates in aircraft, the cabin air has been proven to be less polluted compared to normal indoor environments. … Volatile contaminations in the cabin are thus depleted quickly. Since the bleed air itself is suspected to be the source of hazard contaminants such as OPC [organophosphorus compounds], a special attention was paid to the detection of TCP [tricresyl phosphate] as a marker for engine oil contamination and the present physical ventilation situation in aircraft. Thanks to the extremely sensitive OPC analysis applied in this study, completely new insights were obtained.”

In addition, the study introduced a classification of “primary and secondary technical cabin air contamination events, the report said.

Taken together, these two findings should aid in differentiating “the ubiquitous OPC burden observable in almost all investigated aircraft types … from contamination with engine oil,” the report said.

A second study,2 made public by EASA along with the Fraunhofer study, found that the neuroactive products (that is, substances capable of affecting nerve activity) found in some turbine engine oils are present in chemical compounds that can be released in cabin or cockpit air, although usually their concentrations are too low to constitute a major concern for neuronal (nerve) function.

The study — conducted by a consortium of the Netherlands Organisation for Applied Scientific Research and the Dutch National Institute for Public Health and the Environment — included a review of related studies; the design and performance of tests to determine the chemical characterization and toxic effects of the oils being studied; and an analysis of human sensitivity.

The review of earlier findings found significant improvement over time in the techniques used in analyzing components of engine oil following pyrolysis (the chemical decomposition of the oil as a result of burning).

“This explains, probably, the fact that, in older literature, no components [such] as … (TCP) were found,” the report on the study said. “Further, it showed that the temperature in an aircraft engine compartment, where oil vapour and pyrolysis products may be formed, can reach temperatures above 500 degrees C [932 degrees F] and therefore more toxic fumes (containing carbon monoxide [CO] and trimethylolpropane phosphate) may be generated.”

Tests involved two typical brands of oil – one used in long-range flights and the other for short-range operations — and two simulated phases of flight — ground level to top of climb and cruise.

Subsequent analysis found that emissions of the oils differed from one simulation to the next, with higher concentrations of several volatile compounds in the cruise simulation, the report said. CO emissions were greater at higher temperatures, the report added.

“From the start of the simulation test until the oil has reached 180 degrees C [326 degrees F], hardly any emission of CO arises,” the report said. “However, it appears that due to an increase of temperature (180 to 375 degrees C [677 degrees F]), CO is formed and emitted due to incomplete combustion.”

Other findings showed that particle number concentrations (PNCs) increased as the emissions of oil increased; nevertheless, tests also showed a decrease in PNCs after 30 to 40 minutes of heating the oil (to temperatures between 350 and 375 degrees C [662 to 677 degrees F]), except when used oil was tested, the report said.

The report also noted that higher concentrations than were tested might have an effect on neuronal activity, as might more prolonged exposures.

“The broad range of compounds in the cabin air, in combination with other stressors, has not been systematically mapped, making it difficult to draw conclusions on the contribution of such inter-individual genetic differences in metabolism and detoxification on the variety [of] reported symptoms,” the report said. “In view of the great variety in symptoms and the lack of specificity, it cannot be ruled out that part of the symptoms cannot be explained by actual exposure levels. The literature shows that we are dealing with symptoms that are quite common in the general population and fall within the domain of somatically unexplained physical symptoms.”

Nevertheless, the report said that it was difficult to conclude that otherwise unexplainable physical symptoms experienced by cabin crewmembers might be associated with toxic vapors “because symptoms overlap [and] estimates are dependent on the definitions used and the participants in the study.”

In addition, the report said that differences in coping strategies used by crewmembers could enhance stress, which in turn could lead to health issues.

“Whether or not occupational conditions are responsible for the reported complaints remains unknown until the complete set of potential chemical exposures is known,” the report said.

A review of the medical records of 20,000 Australian pilots shows that they apparently are at no higher risk of invasive melanoma than members of the general population, according to…

Study findings suggest that there is a direct effect of carbon dioxide on performance.