On-board fatalities in crashes involving Western-built commercial jets1 declined to zero in 2015, down from 278 fatalities in 2014, according to data from Boeing Commercial Airplanes. The death toll for people on the ground — killed in three separate accidents — totaled 16; the comparable 2014 figure was one.

Seven of the 28 accidents in 2015 were considered major accidents — a term defined by Boeing to describe an accident in which any of these three conditions is met: The airplane was destroyed, the accident resulted in multiple fatalities, or the accident involved one fatality and substantial damage to the airplane.

From 1959, when Boeing’s record-keeping began, through 2015, data show a total of 1,918 accidents, including 619 fatal accidents with 29,646 on-board fatalities and 1,216 “external” fatalities involving people outside the airplane. 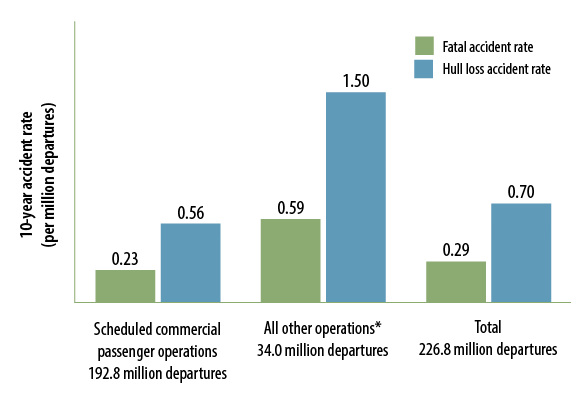 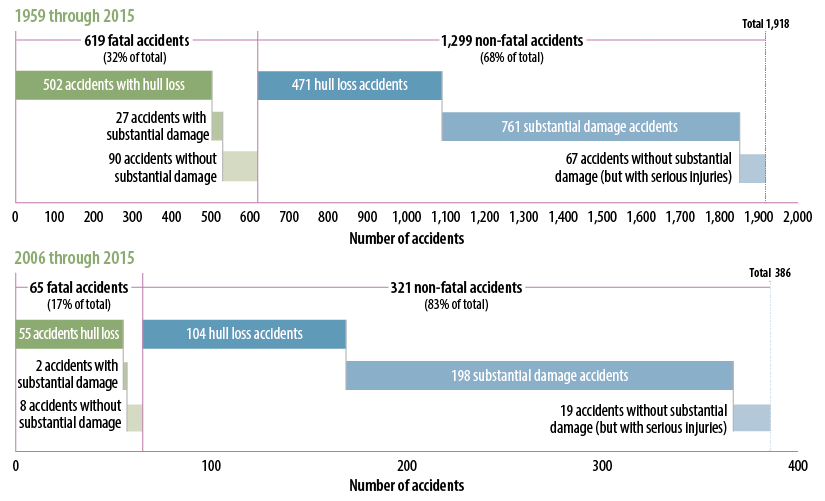 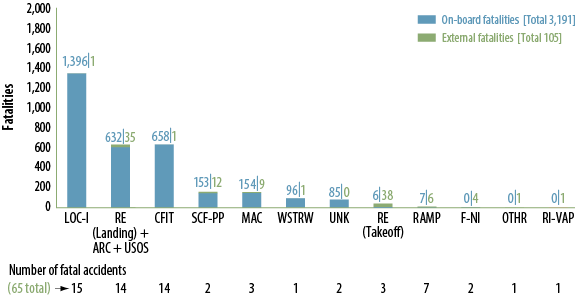 Note: Principal categories are as assigned by CAST. Airplanes manufactured in the Commonwealth of Independent States or the Soviet Union are excluded because of lack of operational data. Commercial airplanes used in military service are also excluded.