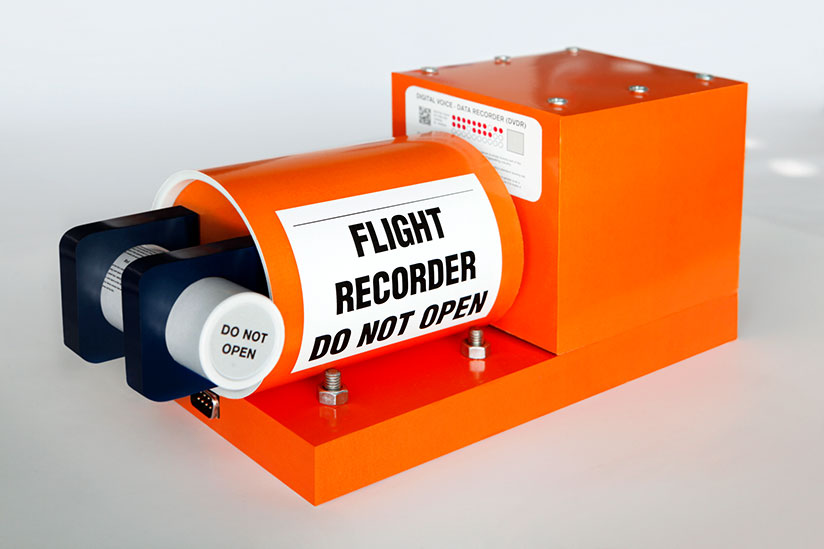 Cockpit voice recorder (CVR) requirements should be bolstered to provide for a minimum recording capacity of 25 hours, the U.S. National Transportation Safety Board (NTSB) says in a pair of safety recommendations to the U.S. Federal Aviation Administration (FAA).1

In an October safety recommendation letter, the NTSB cited nearly three dozen events in which the current requirement for a CVR recording covering the last two hours of a flight proved insufficient. In each case, the NTSB said that its investigators did not have access to relevant CVR data that would have aided their work. Among the cited events was an Air Canada Airbus A320’s July 7, 2017, overflight of four air carrier airplanes on a taxiway at San Francisco International Airport (see “’Something Was Not Right’”).2

“CVRs are among the most valuable tools used for accident investigation,” the NTSB said. “Information such as flight crew verbalizations of intentions and coordination, as well as pilots’ awareness of the state of the aircraft and cockpit information, allow investigators to more comprehensively assess accident/incident factors. These factors include flight crews’ procedural compliance, distraction, decision making, workload, fatigue and situational awareness.”

The safety recommendation letter noted that the NTSB has had “longstanding concerns” about the availability of CVR information required for a thorough accident investigation.

The NTSB’s safety recommendation letter did not specify an effective date for its recommended action but noted that ICAO and the EU have specified 2021. In addition to that requirement for newly manufactured airplanes, the NTSB called for a Jan. 1, 2024, deadline for applying the 25-hour requirement to existing airplanes that are required to carry a CVR.

CVR data most often are not overwritten in major accidents, in which the CVR typically is automatically deactivated because of a loss of electrical power, thus preserving the relevant, pre-accident audio, but rather in less severe events in which the electrical system continues to function. In these cases, pilots or maintenance personnel must deactivate the CVR as soon as possible after landing to preserve the pre-event audio.

“Sometimes, a delay in reporting an event to the FAA, the NTSB or the operator also results in a significant delay in actions to safeguard recorder data,” the recommendation letter said. “Lacking these data means that an investigation may not identify issues that played a role in the event, which could result in a similar — or worse — occurrence in the future.”

The letter cited 17 events in which relevant CVR information was overwritten while the aircraft remained in operation (Table 1). Among them was a June 21 runway excursion at Chicago O’Hare International Airport, which is still under investigation by the NTSB.3

A preliminary report says that China Airlines Flight 5148, a Boeing 747-400 cargo flight arriving from Ted Stevens Anchorage International Airport in Alaska with four crewmembers, touched down on Runway 10L and ran off the left side the runway before the crew began a go-around and returned to land without further incident. The crewmembers were uninjured, and the airplane was not damaged. The preliminary report did not discuss what effect the CVR information — or the lack of information — was having on the ongoing investigation.

The earliest event on the list was a June 2, 2002, flight control malfunction in a Federal Express McDonnell Douglas MD-11 during approach to Subic Bay in the Philippines.4 The crew conducted a missed approach, declared an emergency and diverted to Manila, where the MD-11 experienced a tail strike on landing. The two pilots — the only occupants of the airplane — were uninjured in the accident, which caused substantial damage to the left wing, inboard flap and some of the flight controls. The NTSB said the probable cause was the failure of a nut and bolt assembly in the left inboard flap because of stress corrosion cracking and fatigue.

The airplane’s two-hour CVR continued to record for at least 90 minutes after the event, “until the captain returned to the airplane and directed maintenance personnel to pull the circuit breaker,” the NTSB report said. “the flight control malfunction and subsequent landing were overwritten.”

After the FedEx accident, the NTSB — in a move to ensure that necessary recordings be preserved — issued Safety Recommendation A-02-24, which said that the FAA should require operators of CVR-equipped airplanes to “revise their procedures to stipulate that the CVR be deactivated (either manually or by automatic means) immediately upon completion of the flight, as part of an approved aircraft checklist procedure, after a reportable incident/accident has occurred.”

The FAA’s response was to issue Notice N8400.48, “Cockpit Voice Recorder Deactivation After a Reportable Event,” which advised air carrier operators to add a checklist item requiring CVR deactivation after any flight during which a reportable event occurred. The FAA also called for flight crews to notify maintenance personnel of the deactivation.

Despite issuance of that notice, the NTSB has investigated 14 events since 2003 in which relevant CVR data had been overwritten, the agency said.

“Preserving CVR data is often challenging because the significance of an event is not readily apparent to the flight crew or air traffic controllers when it occurs,” the safety recommendation letter said.

The letter noted that in some cases, awareness of an event has come after 25 operational hours have passed, and even the 25-hour CVR requirement would not result in retention of the data. These cases “highlight the need for layers of protection in mitigating the loss of CVR information,” the NTSB said.

Data from 2017 showed that 56 percent of U.S. flights lasted longer than two hours, including some international flights that lasted 12 hours or more.

“Therefore, in some cases, it may take longer than two hours to safely land and secure the airplane following an in-flight incident, and overwriting some of or all the pertinent audio is unavoidable,” the NTSB said.

The safety recommendation letter added that in cases involving aircraft encounters with en route weather, the NTSB sometimes does not request the CVR for its investigation because of the length of time between the occurrence and the flight’s end. Nevertheless, the letter said that CVR information is useful in providing investigators with “insight into flight crewmembers’ understanding of impending weather, including verbal descriptions of what they see on radar or outside the aircraft; weather sources and whether they were used; how weather information was used to make in-flight decisions; flight crew coordination with the cabin crew before the encounter; and the effect of the encounter on workload/cockpit task management.”

Of the 17 events among those with CVR data overwritten during the occurrence flight, the NTSB singled out as “particularly notable” the Oct. 21, 2009, incident in which Northwest Airlines Flight 188, an Airbus A320 bound for Minneapolis, Minnesota, from San Diego, California, with 152 passengers and crew, overflew Minneapolis and attempted no radio transmissions for 77 minutes. After the error was discovered, the pilots returned to Minneapolis for landing.

No one was injured and the airplane was undamaged in the incident, which the NTSB attributed to the flight crew’s “failure to monitor the airplane’s radio and instruments and the progress of the flight after becoming distracted by conversations and activities unrelated to the operation of the flight.”5

The airplane was equipped with a 30-minute CVR, and the relevant data was overwritten during the 131 minutes of the flight that followed the crew’s realization of their location. Without a recording covering the relevant time period, the NTSB said investigators were unable to determine “the sequence of events leading to the distraction, why the distraction lasted for such a long period of time and appropriate procedures and actions to mitigate the safety risk.”

The NTSB acknowledged that its recommendation, which would affect all airplanes currently required to have a CVR, exceeds ICAO’s standard, which applies to those weighing more than 27,000 kg, “but the risk of lost CVR data is equal in accidents and incidents involving airplanes with a maximum takeoff weight under 27,000 kg, which include many regional airplane models.”

Valuable CVR data continues to be overwritten and not available for investigations, says NTSB.