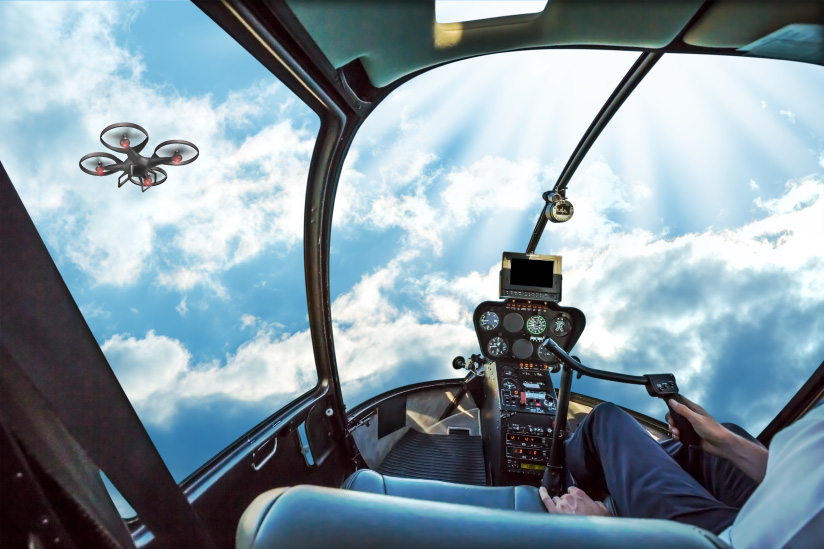 Helicopter and general aviation aircraft windscreens not certified as resistant to bird strikes have very limited resistance to the impact of a remotely piloted aircraft system (RPAS) and could be critically damaged by collisions with drones in several realistic scenarios, according to a study commissioned by the U.K. Department for Transport, the Military Aviation Authority and the British Airline Pilots’ Association (BALPA). Results of the study, contained in a report written by the three commissioning organizations and released in July, also show that helicopter tail rotors are “very vulnerable to the impact of a drone, with modelling showing blade failures” from impacts with even the smaller drone components tested.

Results of the study also showed that the construction of the drone plays a significant role in the impact of a collision, with the exposed metal motors from a smaller drone causing critical failure of the helicopter windscreens at lower speeds than the plastic covered motors from larger drones.

The study was conducted by QinetiQ, a U.K. defense contractor, and Natural Impacts, a U.K.-based company that specializes in dynamic impact tests, using laboratory collision testing and computer modeling. The aim of the study was to find the lowest speed at collision in which critical damage could occur to aircraft components. For the purposes of the study, critical damage was defined as “major structural damage of the aircraft component, or penetration of drone through the windscreen into the cockpit.”

The three organizations that commissioned the study, referred to as the stakeholders, investigated several scenarios based on real-world situations that were considered to be the most likely to occur and pose the greatest risk, according to the report. 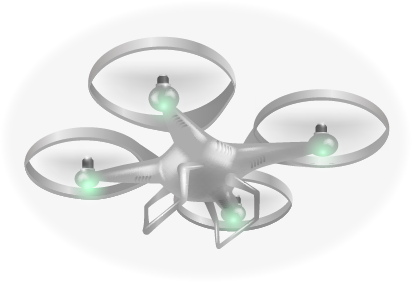 The most widely available small drone types were considered for the study, and a number were selected covering a range of sizes. Drone components were selected to represent drones that typically would be found in the following classes:

For the live tests, a number of different impact speeds were selected by considering the usual cruise speeds of helicopters and the typical speeds of airliners in low- to medium-altitude flight.

The top end of the test and modeling speeds was based on a “typical range of operating speeds, and speeds that aircraft are typically limited to by air traffic control,” the report said.

It was assumed for purposes of the tests that the drone and the manned aircraft were on a direct collision course in opposite directions so that the impact velocity was the sum of the true airspeeds of the aircraft. For the computer modeled collisions, a large range of speeds were selected and modeled.

Both the live testing and the computer modeling were conducted using conditions that were as close to real life as practically achievable, the report said, but some factors could not be replicated, namely the aerodynamic pressure on aircraft structures during flight; the internal pressurization of cockpits, and the lower temperatures experienced in flight, which could change the way that drone and aircraft materials would behave during an impact.

In the live testing, the windscreens were installed in the impact test lab and a large gas gun was used to shoot drone components against them. No live testing was performed on the tail rotor blades because of the difficulty in acquiring blades and the limited resources available for the study, the report said. 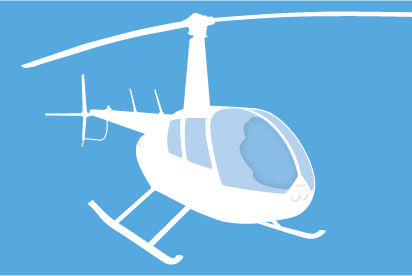 The non–bird strike–certified helicopter windscreen proved to have a low resistance to all the classes of drones tested, with penetration through the windscreen occurring at speeds well below the normal cruising speed of a helicopter of that type. The fixed-wing drone, which is capable of significant speed in flight, could penetrate a windscreen of this type even if the helicopter was stationary.

The bird strike–certified windscreen was much more resistant, but the quadcopter drones could penetrate the windscreen when the “closing speed was similar to the helicopter’s typical cruising speed,” the report said. Because of the significant speed the fixed-wing drone can reach on its own, it could penetrate the bird strike–certified windscreen even if the helicopter was moving at a speed significantly below the normal cruising speed.

“While there is a risk of critical windscreen damage to airliners travelling at higher speeds from the more advanced and heavier drones, especially those with exposed metallic components, the likelihood of encountering these drones is significantly less than toy drones,” the report said. “It is nevertheless important to note what the airliner test has demonstrated — that fixed wing drones with metallic components can do significant damage to aircraft wind screens.”  The report also pointed out that drone construction plays a critical part in the severity of a collision.

The report also said that the components of drones do not behave in the same way that an equivalent mass bird behaves under similar conditions. The configuration of the drone, angle of collision, component masses and orientation of the motor shaft all had a significant effect on the collision damage, as did whether the drone motor was covered with a plastic surround. In addition, high speed video showed that when plastic drone components impacted the windscreens before metallic components, the damage was reduced.

The computer modeling of tail rotors showed that they would be vulnerable to impact with all types of drones and that due to the high speed of a rotating tail rotor blade, the rotor could be critically damaged by an impact with any drone.

The report said that the study was focused on considering the severity and nature of damage that could result from a collision between a drone and a windscreen or tail rotor, but not the likelihood of such a collision. “In order to understand the full risk picture and develop risk-appropriate mitigations, it is recommended that a better understanding of the likelihood of a collision is developed and that other manned aircraft components are considered.”

Through the first five months of 2017, there were 34 drone-related airprox incidents reported to the U.K. Airprox Board. In 2016, the Board reviewed 70 incidents believed to involve drones, according to the report. The Airprox Board defines an airprox as “a situation in which, in the opinion of a pilot or air traffic services personnel, the distance between aircraft as well as their relative positions and speed have been such that the safety of the aircraft involved may have been compromised.”

Regarding helicopter operations, the report recommended that “the vulnerabilities in the event of a midair collision with a drone should be taken into account and appropriate operational mitigation measures should be considered.”

The report also recommended that drone manufacturers consider implementing design adaptations that mitigate the impact of a collision, such as plastic casings for motors, and that consideration should be given to further research on drone frangibility and energy absorption.

Following release of the report, BALPA said, “[T]he results of the tests are a robust verification of the association’s warnings over several years that drone impacts on aircraft windscreens and helicopter rotors can be catastrophic, even at relatively modest speeds with small drones, and that the industry and regulator cannot rely on bird strike data and certification for drones.”