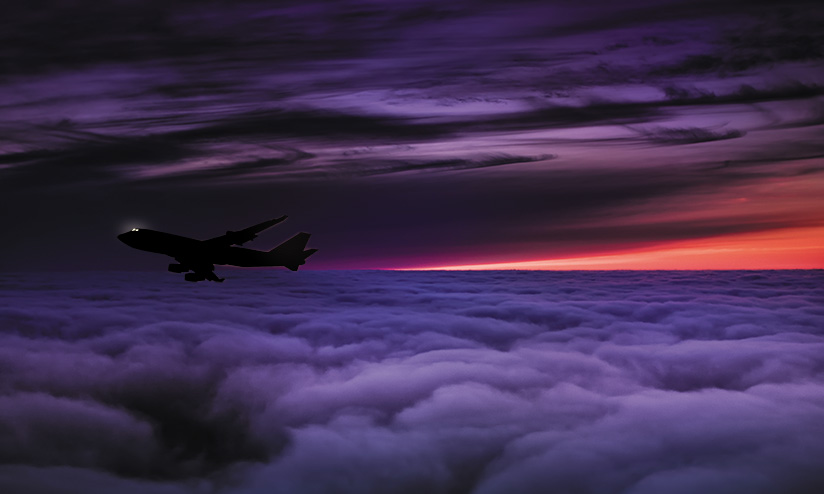 Pilots who fly long-haul flights and those in short- and medium-haul operations1 face different challenges in obtaining sufficient sleep and experience different sets of sleep-related problems, according to results of a study published in Aerospace Medicine and Human Performance, the journal of the Aerospace Medical Association.2

Therefore, aviation authorities should consider adopting different regulatory flight and duty time limits for the two groups, said the report on the study, published in the September issue.

The report noted that previous research has found that pilots in both groups associate their fatigue with a number of factors, including overnight flights, jet lag, early-morning wakeups, crossing multiple time zones, multiple flight sectors and “consecutive duty periods without adequate recovery breaks.”3

The report said that the higher incidence of sleep disturbances in long-haul pilots may be a result of more nighttime flying across more time zones, while the increased daytime sleepiness among short- and medium-haul pilots may stem from a combination of frequent early-morning starting times and long duty periods.

The researchers based their conclusions on a review of responses by 435 Portuguese airline pilots4 to questionnaires that asked about their duty hours over the course of a 28-day period, along with the number of sectors and hours flown, their start times and what night hours they worked. The questionnaire also gathered sociodemographic data such as the pilot’s age, gender and professional category; and included self-rating scales of sleep complaints, daytime sleepiness and fatigue.

These sleep problems are “commonly attributed to diminished sleep caused by the combination of frequent early starts and long duty periods,” the report said. “The prevalence of sleep complaints was higher in [long-haul] pilots, probably due to the very nature of these flights, often characterized by night flights with multiple time-zone crossings.”

The study found significant differences between the two pilot categories in a number of areas.

Short- and medium-haul pilots “were the ones with a higher mean value of duty hours, sectors, flight hours and early mornings,” the report said. “Only night flights were higher in the [long-haul] pilots’ group.”

The authors conceded that, because of the self-reporting nature of the questionnaire, some bias was likely, “since it is understandable that the individuals who answered it are the most affected, potentially resulting in some overemphasis within the results obtained.” Nevertheless, they added, “Although these values were self-reported subjective values of sleep, they are important tools to quantify and understand fatigue in airline pilots.”

The report said that the findings should be considered in discussions of regulatory limits “because flight hours and duty hours have an approximate value for [long-haul] pilots. The equivalence between flight hours and workload may be related to the closer association between flying a single sector per duty period. When looking at [short- and medium-haul] pilots, their duty hours do not reflect their effective workload, given that they require more duty time for the same amount of flight time.”

The report noted that European laws limit duty time for both groups of pilots to no more than 100 hours in 28 consecutive days.

“With the mean values for duty time achieved in this study, we have already observed high levels of reported fatigue and sleep complaints, and the maximum limits established by law were not even reached,” the report said. “As such, in our opinion, these results should be taken into account if the regulatory limits will for any reason be revised.”

The report suggested that pilots on short- and medium-haul flights would benefit if they were subject to different regulatory limits than pilots on long-haul flights.

“Alternatively, the European aviation authorities [the European Aviation Safety Agency] could follow the example of the American aviation authorities … who opted for establishing maximum values for duty time and … flight time,” the report said, noting that U.S. Federal Aviation Regulations limit flight time to eight or nine hours, depending on specific sets of circumstances.

The researchers said that their study could be an important tool in the implementation of fatigue risk management systems (FRMS) — data-supported systems intended to develop schedules that balance crew rest needs against a company’s operational requirements, as well as the use of various strategies to manage fatigue.

The study “enhances the importance of crew reporting and monitoring, allowing a greater control in the observed variables, especially for [short- and medium-haul] pilots,” the report said. “This study heightens the importance of defining different strategies to mitigate fatigue, taking into account all the differences between flights. Sleep hygiene techniques — such as avoiding caffeine consumption near bedtime and establishing a relaxing pre-bedtime routine — and other fatigue countermeasures are currently contemplated in FRMS. However, these are not yet mandatory policies, resulting in insufficient, or simply a lack of, implementation in many companies. The study demonstrates the importance of these educational plans in the managing of sleep and fatigue, considering the high prevalence values obtained for sleep and fatigue, for both types of flights.”

Other efforts to reduce pilot fatigue may come from improvements in the designs of the flight deck and of in-flight rest facilities, the report said. For example, the report cited modifications of flight deck seat design, efforts to allow pilots to exercise while seated and the development of “intelligent” lighting to “smooth the day/night light transition between departure and destination airports.”