Data show decline in helicopter accidents worldwide in 2017 but a small increase in the United States.

The total number of helicopter accidents increased in the United States in 2017, compared with totals from the previous year, but preliminary data for most of the world showed “an encouraging trend of safer civil helicopter operations,” according to the International Helicopter Safety Team (IHST) and its U.S. affiliate.

In a report issued in early March, the IHST — which represents a joint safety effort begun in 2005 by government and industry — said that preliminary 2017 data from 49 countries show that most of the countries recorded fewer total accidents and fewer fatal accidents in 2017 than in 2016 (Table 1).

The IHST said that a continuation of the positive trend would enable IHST members to “push on with expanding a culture of safety and increasing cooperation on safety issues … within the global helicopter community.”

The IHST said that this year, it would work with its regional teams around the world to focus on three goals:

The USHST said the 2017 total of 121 accidents was a result of “a few months … with uncharacteristically high accident totals,” including 18 accidents reported in February and 23 in July. 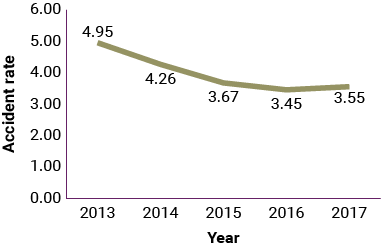 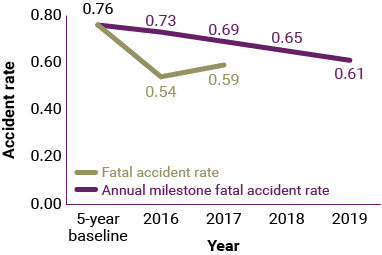