Study finds need for frequent reinforcement of the principles of fatigue countermeasures. 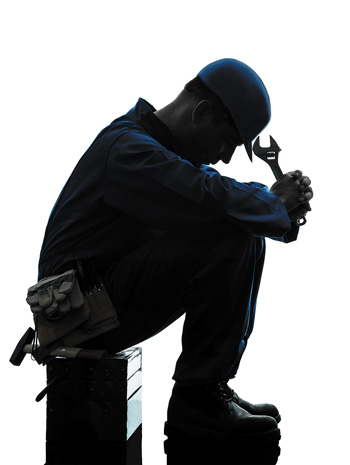 A classroom course in fatigue countermeasures gave a short-lived boost to aviation maintenance employees’ commitment to fatigue management, so stronger on-the-job support from the maintenance organization is needed to achieve long-term benefits, according to a study by the U.S. Federal Aviation Administration (FAA).1

The course effectively increased participants’ general knowledge of fatigue and had an immediate positive effect on their awareness of the importance of managing fatigue and their commitment to that goal, the researchers said in their report on the study.

Six weeks later, a follow-up questionnaire showed that participants had grown more consistent in using “a few good sleep routine habits and avoidance of the majority of sleep routine and health and fitness bad habits, but there was no real impact on good work-life habits,” the report said (see “Do This, Not That”).

Do This, Not That

Research into fatigue countermeasures has yielded many recommendations for improving the quality of sleep and taking other action to limit fatigue.1

Bad habits to be avoided include:

The small study was conducted by researchers from the FAA Civil Aerospace Medical Institute (CAMI) and Kenexa, an employee-recruitment and performance management firm, as a test of the effectiveness of the fatigue countermeasures course, developed by CAMI for use as part of a fatigue risk management system (FRMS) and subsequently made available online at <MXfatigue.com>. The website also offers a fatigue risk assessment tool and a fatigue awareness video.

In their report, the researchers said that “developing fatigue countermeasures training tailored to aviation maintenance is an obvious starting place” for development of the FRMS.

The document noted that some organizations, instead of taking action to mitigate fatigue, have adopted policies that prohibit napping and allow workers to be scheduled “to work or exceed three consecutive 16-hour shifts.

“Such policies are counter to personal, organizational and public safety and foster a culture where it is acceptable (and expected) to work when fatigued.”

The report cited previous studies that concluded that aviation maintenance technicians slept an average of five hours a night, and that people who routinely sleep less than seven hours a night may experience “significant daytime cognitive dysfunction that accumulated to levels comparable to that found after severe acute total sleep deprivation.”

Over the past two decades, some industries that operate around the clock — including railroading, trucking and water transport — have adopted training in fatigue countermeasures to help mitigate fatigue risks.

“The training can be beneficial to both the individual and the organization,” the report said. “Individuals who replace bad sleep and health habits with good ones benefit from improved sleep quality and quantity, while the organization benefits from improvements in performance and fewer safety-reducing turnovers, absenteeism and morale issues.”

A training program was developed that covered three areas — sleep basics, including the sleep process, circadian rhythm, sleep disorders and sleep debt; fatigue basics, including fatigue-related hazards, causes and symptoms and how to assess fatigue; and fatigue countermeasures, including work breaks, napping, sleep routine and the sleeping environment.

The program’s objectives were to “remember symptoms of fatigue and fatigue countermeasures, recognize the importance of managing fatigue risk and incorporate practical recommendations for fatigue prevention and management into one’s daily routine,” the report said.

Measures that determined whether the program met its objectives included “gains in knowledge, increased awareness of fatigue risk and the importance of managing fatigue, and an increase in self-report of fatigue-relative positive behaviors and reduction of negative behaviors at home and work,” the document added.

A major airline — not identified in the report — agreed to have its maintenance personnel participate in the classroom training session and in follow-up activities. Thirty-three workers volunteered to attend the three-hour class, led by a CAMI researcher with considerable classroom-instruction experience. After each of three sections of the class, the instructor led a group discussion, reviewed the section’s content and conducted a check on the participants’ understanding of what they had just been taught.

The evaluation focused on four areas: “learning (positive change in knowledge of and attitude toward countering fatigue), behavior modification (change in fatigue management behaviors at home and work), transfer (application of what was taught at home and work) and reaction to the training experience,” the report said.

Of the 33 workers attending the class, 24 participated in both of the first two data-collection sessions, conducted one week before the classroom session and immediately afterward; only 14 were available six weeks later to complete a final, follow-up questionnaire, the report said.

The 24 classroom participants had an average age of 50.4 years and had spent an average of 29 years on the job. They worked an average of 43 hours a week with an average of 2.8 hours of overtime. More than 90 percent worked a day or extended day shift, and 25 percent said they had received prior fatigue awareness training.

The report said that evaluation results of the impact of classroom training showed an “immediate impact of training on attendee fatigue-related knowledge.” Average scores on questionnaires designed to assess the 24 participants’ knowledge of fatigue increased from 50 percent correct before the class to 75.2 percent correct afterward.

Before-and-after questionnaires — with identical questions — also measured increases in participant awareness of the importance of not being fatigued while at work, as well as their commitment to manage their fatigue, the report said. For example, when asked to rank, on a scale of 1 to 5,2 how important they thought it was to not be fatigued while on duty, respondents scored an average of 4.2 in the pre-training questionnaire and 4.5 post-training, the report said. (A number of score changes in this area were characterized as not statistically significant, even though they were higher after training than they had been before.)

When the questionnaires about fatigue knowledge were repeated six weeks after the class for 14 participants, the average score was 68.9 percent, down from the “after” questionnaires but still 40 percent higher than the average had been before training, the report said. At the same time, the questionnaires measured a downward trend in awareness, self-efficacy and intention toward fatigue management, although, again, many of the differences were not considered statistically significant. For example, when asked how motivated they were to avoid feeling fatigued, the average score was 4.0 in the immediate post-training questionnaire and 3.4 six weeks later. Asked to what extent they thought they could successfully manage fatigue, the post-training score was 3.7, compared with 3.2 six weeks later.

When answers to the six-week follow-up questionnaire were compared with the pre-training responses, the results were statistically insignificant. The average scores were slightly lower when the respondents were asked how committed they were to managing fatigue and how motivated they were to avoid feeling fatigued and slightly higher when they were asked how often they thought about ways of managing fatigue and how often they changed their behavior or schedule to avoid feeling fatigued.

Although the course content was still being developed when the maintenance personnel took the class, the material generally increased their awareness of FRMS strategies as well as the “consequences of fatigue, which influenced some to change their daily activities in an effort to manage fatigue,” the report said.

The document characterized the workers’ response to the class as encouraging, especially in light of earlier studies that found resistance to the concept of fatigue management.

“Modifying and sustaining new behaviors and attitudes toward fatigue can be challenging, since lifestyle changes are required,” the report said. “When resistance exists, a positive approach would be to treat it as valuable feedback. For instance, during class, some attendees voiced resistance to changing their sleep habits. The interaction provided the instructor an opportunity to generate a better understanding of how and why they needed to modify their sleep environments.”

The document noted that duty hour limitations and other rest requirements do not exist for maintenance personnel, who therefore are “susceptible to high levels of physical and cognitive fatigue. Implementing an effective fatigue countermeasures training program is just one step that aviation maintenance organizations should take in reducing fatigue risk to improve public safety.” 