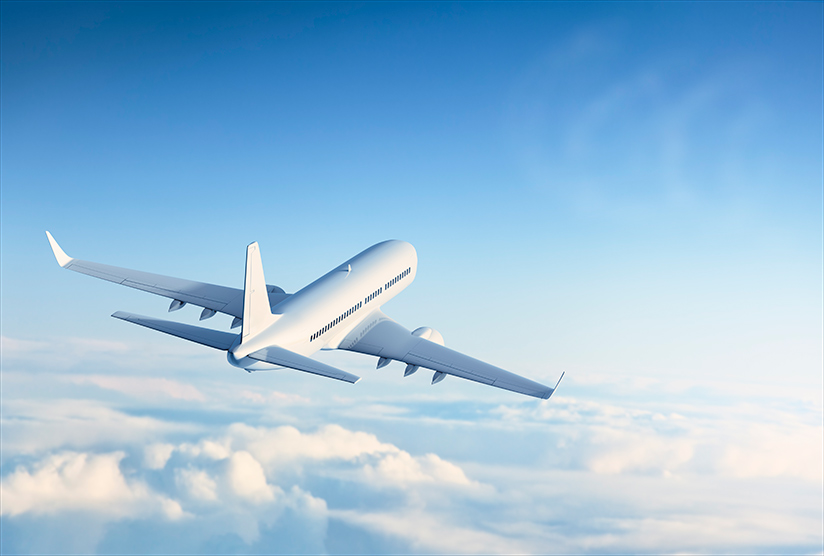 Turbulence is the leading cause of injuries to passengers and flight attendants in non-fatal events, and over 25 percent of serious turbulence-related injuries result in flight diversions.1 Dozens of people are injured worldwide each year in turbulence incidents. In the 10 years from 2007 through 2016, 424 passengers and crewmembers suffered serious injuries as a result of in-flight turbulence, according to U.S. Federal Aviation Administration statistics.

In May, 27 people were injured, some of them with broken bones, when an Aeroflot Boeing 777 hit turbulence while en route from Moscow to Bangkok. In June, a United Airlines 737 encountered extreme turbulence over Mexico while flying from Panama City, Panama, to Houston. According to media reports, nine passengers and one crewmember were injured, and three of the injured required hospital treatment. And in August, 10 people were injured when an American Airlines flight from Athens, Greece, to Philadelphia encountered unexpected severe turbulence just before landing.

Most of these incidents occur without warning. Even the largest aircraft aren’t immune. And many of these events occur at or above 30,000 feet, cruising altitude for most long distance flights and a time when the “Fasten Seat Belt” sign is often turned off and flight attendants are moving about the cabin.

In a previous article (“Bumpy Ride Ahead,” ASW, 3/14), I described three types of turbulence that can be encountered by aircraft. Mechanical turbulence produced downwind of a physical object such as a building or terrain feature can be anticipated if wind speed and direction are known. Convective turbulence without visible signs (a cloud) is weak and just produces a “bumpy ride.” Strong convective turbulence occurs in and around cumulus type clouds, particularly cumulonimbus, or thunderstorms. Typically these can be seen and avoided. They also show up on conventional radar and the turbulence/wind shear generated can be detected by Doppler radar.

Turbulence generated just by wind shear, which accompanies strong winds, may not be so obvious. At low levels, if strong winds are forecast, pilots know turbulence can also be expected. But at higher flight levels, strong winds and the generated turbulence can be concentrated in smaller areas with no advance warning. Meteorologists can sometimes, but not always, predict where certain areas will contain upper-level turbulence. This is often clear air turbulence (CAT), which is not associated with clouds and cannot be detected visually or by conventional weather radar. The U.S. Federal Aviation Administration (FAA) defines CAT as “sudden severe turbulence occurring in cloudless regions that causes violent buffeting of aircraft,” according to Advisory Circular 00-30C.

Weather radar uses microwaves that are sent out in brief pulses from a transmitter. If a target intercepts these waves, a small amount of energy will be “reflected” back (“back scattered”) toward the radar site. A receiver will capture this energy and convert it to an image on a radar screen. Rain droplets are ideal targets and show up well. Ice crystals (snowflakes) don’t reflect the energy as well and don’t show up clearly on radar. Cloud size water droplets or ice crystals are too small to effectively back scatter at all and won’t show up on a typical radar display. With CAT, there are, of course, not even precipitation size particles.

Some weather radars, such as the standard National Weather Service WSR 88-D units, can be turned to what is called a “clear air mode.” At this setting, the radar can detect much smaller targets such as dust particles and particulate matter, as well as larger but less reflective targets such as insects. But to do this, the radar scan rate must be slowed considerably and the time to produce a usable product can be 10 minutes or more. And only the lowest layers of the atmosphere can be scanned. This does not help with detecting CAT high in the atmosphere.

Airborne radar sets have similar limitations. They can detect precipitation and, with Doppler capability, can detect wind shear and turbulence within the precipitation. They cannot detect CAT. The clear air mode option would not be practical because of the time constraints; the radar analysis would be too slow to be of use. It comes back to the basic problem with conventional radar: The wavelength of microwaves is too large to detect the minute particles that occur with clear air at cruising altitudes.

LIDAR (light detection and ranging) was developed in the 1960s and works on the same principle as conventional radar in that energy is transmitted out and some comes back from a target to be captured by a receiver. But by using light, which has a much shorter wavelength, LIDAR is much more sensitive and can detect much smaller particles. Concentrated pulses of light from a laser are most effective. Optical sensors detect the back scattered light. The Doppler Effect also works for light, and the wavelength of returned energy will change if the encountered target is moving. Doppler LIDAR is already being used at various airports to detect and warn of wake vortex turbulence. Therefore, Doppler LIDAR should be able to detect CAT aloft.

The problem of CAT has multiple facets. First, can we develop the technology to detect CAT? The system itself must be small enough and lightweight enough to be installed on an aircraft, and the information must be quickly available so as to allow some mitigating response. What steps can be taken to protect the passengers and crew? At a minimum, time to send out a warning to all onboard is essential. And are there flight adjustments that can be made to minimize the effects on the aircraft?

In the past decade, there have been several attempts to develop a feasible Doppler LIDAR system that could be mounted into an aircraft. In Europe, a group headed by the French company Thales developed a prototype onboard LIDAR system. Economic concerns have been a major hindrance. CAT does not damage the structure of well-built modern airplanes. Although occupant injuries occur, they are relatively rare. There isn’t a great economic incentive for aircraft manufacturers or airlines to pursue this research.

But there does seem to be progress being made. To address the issue of CAT, the Japan Aerospace Exploration Agency (JAXA) began in 2010 to develop a Doppler LIDAR to detect CAT and to be small enough to be easily installed in an aircraft. In 2011, JAXA produced a Doppler LIDAR that weighed about 330 lb (150 kg) and could detect turbulence 5 nm (9 km) ahead at an altitude of 40,000 ft. The system was successfully tested in February 2012. For the first time, CAT was detected ahead of an aircraft in flight. In 2018, JAXA will be working with The Boeing Co. to flight test a new system as part of the ecoDemonstrator Program 2018. The test flights will be run out of Boeing’s airfield near Seattle and will be conducted using a Boeing 777 freighter owned by FedEx. The new system weighs 185 lb (84 kg) and can detect CAT up to 10.9 miles (17.5 km). This would yield about 70 seconds of warning at typical cruising speed — enough time to turn on the “Fasten Seat Belt” sign and secure the cabin and crew.2

But this was only part of the project. According to JAXA, “By combining information on the detected turbulence with aircraft attitude control systems, the project will also develop gust alleviation technology that suppresses sudden aircraft shake caused by turbulence.” Automated gust-suppression systems have already been developed and are in aircraft such as the 787-10. With standard sensors and accelerometers to detect turbulence as the aircraft first enters it, the system uses algorithms to automatically engage flight control surfaces such as the rudder, spoilers, flaps or aerilons to minimize the vertical displacement of the aircraft. JAXA believes that by combining Doppler LIDAR information on CAT with such an automated flight control system,  “the system can potentially reduce turbulence-caused injuries by 60 percent.”

In the March 2014 article cited above, I noted a study by the University of Reading in England in which researchers predicted an increase in turbulence due to climate change. Just looking at air routes over the North Atlantic, they predicted a 10 percent increase in moderate or greater turbulence at standard flight levels. More recent findings from  the research indicate that things look dramatically worse.

Using supercomputers and a variety of climate change models for the time period 2050 to 2080, the scientists analyzed the effects of global warming worldwide on turbulence. In their final report, they said: “We find strong increases in clear air turbulence over the entire globe and in particular the midlatitudes, which is where the busiest flight routes are. We also find that the strongest turbulence will increase the most.” They emphasized that “the busiest international airspace experiences the largest increases, with the volume of severe CAT approximately doubling over North America, the North Pacific and Europe. The increases occur in multiple aviation-relevant turbulence strength categories, at multiple flight levels, and in all seasons.”

The increase in turbulence is the result of a predicted strengthening of the jet stream and its associated wind shear. The North Atlantic would see a 181 percent increase in severe turbulence, with increases of 161 percent over Europe, 113 percent over North America and increases greater than 50 percent around the rest of the world, including the Southern Hemisphere.3

The International Air Transport Association (IATA) has begun a program designed for real-time sharing of turbulence data among participating airlines. Under the Turbulence Aware program, data will be collected from…

Serious Injuries Due to Turbulence Down in 2017