The FAA should change the way it evaluates risks involving drones, a scientific panel says. 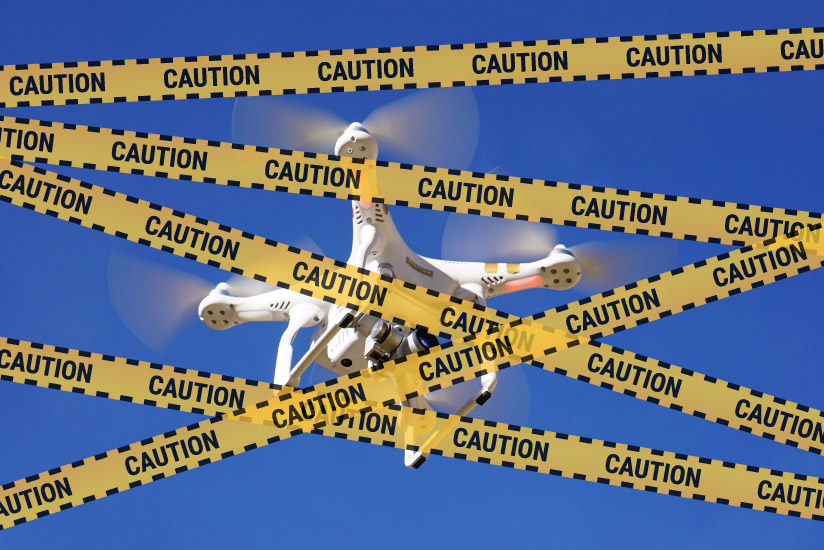 The U.S. Federal Aviation Administration (FAA) is overestimating the risks associated with many types of drone operations, blocking the introduction of drones that could provide potentially life-saving benefits to society, a report by the National Academy of Sciences (NAS) says.1

The report, which was required under the terms of a 2016 law, was sponsored by the FAA.

Released in early June by the NAS Committee on Assessing the Risks of Unmanned Aircraft Systems Integration, the report said that the FAA’s “fear of making a mistake drives a risk culture … that is too often overly conservative, particularly with regard to UAS [unmanned aircraft systems, as drones sometimes are called] technologies which do not pose a direct threat to human life in the same way as technologies used in manned aircraft.”

The report said that the FAA has not given enough weight to the potential value of drones in reducing risk and saving lives.

The document cited a Jan. 18 incident in New South Wales, Australia, in which a lifeguard who was familiarizing himself with a drone saw two swimmers who were caught in rough ocean surf and used the drone to deliver an inflatable device that they used to get to safety. The incident illustrates the life-saving potential of drones, the report said.

“From long-range inspection of rail lines to prevent derailments, to inspection of power lines and cell phone towers, to delivery of medicine and automated external defibrillators (AEDs) to persons in cardiac distress, and to assessment of wildfires to assist firefighters, the full value of UAS has yet to be realized,” the report added, noting that new uses of drones also could mitigate some risks to aircraft. 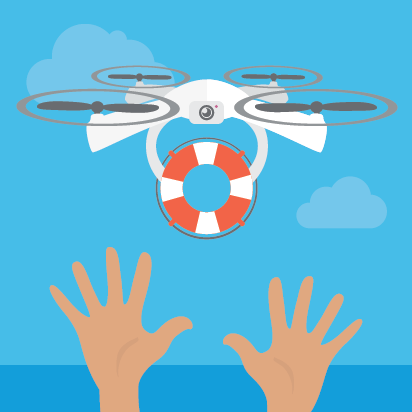 The report recommended that the FAA base its assessment of drone-related risks on whether the risks are the same as other “background risks” that people face on a daily basis in such mundane activities as travelling in an automobile or walking across a street.

“As the committee notes, we do not ground airplanes because birds fly in the airspace, although we know birds can and do bring down aircraft,” the report said.

The committee credited the FAA’s risk evaluation process with making a major contribution to aviation safety in the United States but cautioned that applying the same near-zero-tolerance culture to safety risk management processes for drones has led to overly conservative risk assessments. These assessments have prevented the conduct of beneficial operations that might in themselves have saved lives, the report said.

“In many cases, the focus has been on ‘What might go wrong?’ instead of a holistic risk picture: ‘What is the net risk/benefit?’” the report said. “Closely related to this is what the committee considers to be paralysis wherein ever more data are often requested to address every element of uncertainty in a new technology. … Ultimately, the status quo is seen as safe.”

In reviewing the FAA’s methods, the committee concluded that the public, which accepts an “extraordinarily low” level of background risk, also accepts higher levels of risk for general aviation pilots and passengers, “likely because the vast majority of the public does not fly in general aviation aircraft and has no intention of doing so,” and for emergency medical services helicopter flights. Understanding what level of risk the public would be likely to accept for flights of small drones would be helpful in establishing safety standards for small UAS (sUAS) — defined by the FAA as those weighing less than 55 lb (25 kg), the report said.

The committee said the level of scrutiny by the FAA must match the level of potential risk. For example, the committee suggested that in relatively low-risk circumstances, the FAA could shift responsibility for risk assessment to the UAS industry.

In addition, the committee said that the FAA’s safety management system (SMS) process is highly subjective when applied to the approval of drone operations.

“Because of its qualitative nature as applied to UAS operations, the SMS process is not repeatable and not predictable,” the committee said. “Quantitative risk assessment techniques are needed.”

‘How Can We Approve?’

The report included 11 recommendations, including one that called on the FAA to make its initial response to requests for a drone certification or operations approval “how can we approve this?” Any “no” vote from a member of an FAA internal board responsible for granting approvals “should be accompanied with a clearly articulated rationale and suggestion for how that ‘no’ vote could be made a ‘yes.’”

The report said that, when dealing with drones, the FAA often does not have the necessary “depth and breadth of subject matter expertise for the approval process … . The qualitative nature of the current approach leads to results that fail to be repeatable, predictable and transparent. Evolution to an approach more reliant on applicant expertise and investment in risk analysis, modeling and engineering assessment … might better achieve a quantitative probabilistic risk analysis basis for decisions.”

In manned aviation, risk assessments typically have emphasized the probability of passenger fatalities, but the report noted that a new measurement is needed for assessing drone operations. The problem, however, is that the variety of drone operations complicates efforts to identify a single risk measurement that would be effective for all.

“Concerns by the drone industry of overly stringent certification requirements for relatively low-risk operations place unnecessary burden on the business case and can stifle innovation,” the report said.

The report said the FAA should “expand its perspective on a quantitative risk assessment to look more holistically at the total safety risk.” The expanded perspective should include an examination of safety benefits outside of aviation, such as the safety advantages associated with using a drone to inspect a cell tower instead of requiring a human inspector to climb the tower, the report said.

In short, the report added, “UAS operations should be allowed if they decrease safety risks in society — even if they introduce new aviation safety risks — as long as they result in a net reduction in total safety risk.”

The report called on the FAA to establish guidelines before June 2019 for the implementation of an improved risk-based process for drone system certification.

Other recommendations called for the FAA to commit to reviewing risk assessments within six months to provide timely feedback, and, also within six months, to begin a thorough change in management processes “aimed at moving smartly to a risk-based decision-making organization with clearly defined lines of authority, responsibility and accountability.”

The report also called on the FAA to identify classes of drone operations in which anticipated risks are “so low that it is appropriate to base approval of those operations on requiring insurance in lieu of having a separate risk analysis.”

More data are required to support risk assessments for drone collision modeling, the report said, adding that the sensors and analytics that are being incorporated into autonomous vehicle technology offer an opportunity for improved data collection.

“Even so, it may be difficult to collect enough data to assess some risks that have a very low probability of occurrence,” the report said.

“Accepting risk is far easier when the risk is well-quantified by relevant data. Uncertain risk does not equate to high risk, however. By accepting the uncertain risk associated with a new technology, with reasonable mitigations, one can obtain the data needed to better quantify that risk. As the uncertainty diminishes, one can remove or augment the mitigations as appropriate.”

The report added that because approvals for routine drone operations have been difficult to obtain and because when they are actually issued, they have been overly restrictive, “the ability to collect data that might reduce uncertainty in the risk has been severely limited.”

In a separate report on drones issued earlier this year, the NAS cautioned that widely available inexpensive and sophisticated small drones are enabling adversaries to threaten deployed U.S. military forces. 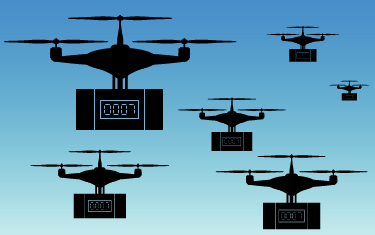 The March report was prepared at the request of the U.S. Army, which wanted to know how drone technology is expected to develop and how military units might be able to counter drones that are deployed against them. The committee that conducted the study issued both a classified report and an unclassified version.

In the unclassified report, the committee said that the threats to the military already have prompted the U.S. Defense Department (DOD) to invest in technologies designed to counter hostile actions by small drones. Those efforts have focused on detecting radio frequency transmissions by small drones and jamming radio frequency command and control links and global positioning system signals.

The newest small drones can, however, operate without the use of radio frequency command and control links, and the report said that the committee “believes that current and near-term (by 2025) capabilities will enable the employment of multiple sUAS in coordinated groups, swarms and collaborative groups.”

The report said that the committee believes that the threat of coordinated action by these sUAS groups will materialize sooner than the Army expects and that the Army’s timeframes are “too drawn out to address the rapid advancements in sUAS performance capabilities and anticipated threat uses.”

Although the report said that accurate predictions of sUAS capabilities are “practically impossible … more than eight years into the future,” the document recommended that the DOD timeframes should be accelerated to enable earlier development of methods of countering sUAS threats.