The International Civil Aviation Organization (ICAO) and a nonprofit internet security organization plan to work together to develop a framework for secure digital communications, ICAO says. 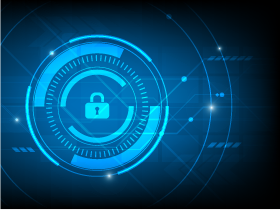 In a statement issued in mid-February, ICAO said that its agreement with the Internet Corporation for Assigned Names and Numbers (ICANN) focuses on promoting cooperation in internet technology development within aviation systems.

“Identity management is critical to the safety and security of air operators when it comes to digital communications in the 21st century,” ICAO Secretary General Fang Liu said. “ICAO is eager to explore the potential of how our agency can serve as a digital identity trust broker for global air transport.”

She added that a preliminary analysis indicates that the single-source identity framework under consideration could lead to security benefits for operators, manufacturers, suppliers and “essentially anyone wishing to exchange information in a globally and digitally connected aviation.”

The European Aviation Safety Agency (EASA), citing several instances involving the explosive opening of a door on a parked airplane, has recommended that operators and maintenance providers determine whether the risk of such an occurrence exists in their operations and, if so, establish procedures to reduce the risks.

Among the occurrences was the Jan. 4, 2018, accident in Kittilä, Finland, in which the captain of a Gulfstream G150 business jet was killed when a fuselage door blew open and knocked him to the ground. A cabin assistant was injured and the cabin was substantially damaged.

The main factor associated with the explosive door openings has been “inadvertent development of an excessive differential pressure between the inside and the outside of the aeroplane,” EASA said in issuing Safety Information Bulletin 2019-02.

“When an aeroplane is parked, cooling or heating of the aeroplane cabin can be provided through the air conditioning system powered up by the auxiliary power unit (APU) or an external source of air (e.g., ground air conditioning cart) ducted to the aeroplane cabin,” the agency explained. “Closing all aeroplane doors helps to reach and maintain the desired temperature. However, it may also result in an undesired buildup of excessive differential pressure between the cabin and the outside environment, if the outflow valve is closed. As a result, this may cause an explosive door opening.”

EASA said an explosive opening may occur during normal operations, maintenance activities or ground training, and operational procedures should be developed to mitigate the hazard, including ensuring that “there are always means to release the cabin air pressure before conditioning the cabin on ground with the APU or an external source, and before opening the aeroplane door.”

Personnel also should verify, if possible, that outflow valves or other external valves that prevent a buildup of cabin pressure are open and that, during maintenance on a pressurized airplane, a pressure buildup relief mechanism is operated before a fuselage door is opened.

Transport Canada (TC) and the U.S. Federal Aviation Administration should work with aircraft operators to develop new standard operating procedures (SOPs) for airports with closely spaced parallel runway operations to require flight crews to wait to begin post-landing checks until after the landing aircraft has cleared both active runways, the Transportation Safety Board of Canada (TSB) says.

In recommendations prompted by its investigations of 27 runway incursions in just over five years at Toronto Lester B. Pearson International Airport, the TSB called for changing the current common practice of beginning checks after landing aircraft are clear of the landing surface.

“However, as shown in this investigation, if these SOPs are followed when flight crews are operating on closely spaced parallel runways, they may focus their attention inside the cockpit at a time when their full attention and visual focus are required outside,” the investigation report said. “As a result of this distraction, flight crews may miss the visual cues and incur on the active runway, which presents a significant risk of collision.”

The TSB investigation found that all 27 incursions in Toronto occurred on the inner runway (06L/24R), after airplanes had landed on the outer runway (06R/24L) and were on a rapid-exit taxiway between the runways. The rapid-exit taxiways have characteristics that differ from nearly all other major North American airports, the TSB said, adding that the differences mean that the hold lines “are not where crews are expecting to see them.”

The investigation also determined that, because of “hot spot” designations on airport charts, crews knew about the increased risk of runway incursions. Nevertheless, “that guidance did not bring crews’ attention to specific strategies to mitigate the risk of incursion,” the TSB said. “Instead, crews followed their standard operating procedures and initiated their post-landing actions immediately after exiting the runway, taking their attention away from other, more critical tasks such as identifying the hold line. The timing of those tasks distracted the crew at a point when limited time was available to recognize the visual cues requiring them to stop, and contributed to their overlooking those cues.”

The TSB also recommended that Nav Canada alter its phraseology to ensure that safety-critical transmissions “are more compelling to flight crews in order for crews to take the safest course of action” and said that the Greater Toronto Airports Authority should change the taxiway layout in the airport’s South Complex to limit the risk of runway incursions between the parallel runways.

Operators of small drones in the United States would be permitted to fly the devices at night and above people on the ground, according to rules proposed in mid-February by the U.S. Federal Aviation Administration (FAA).

The FAA said that the proposed new rules would be “the next step in the FAA’s incremental approach to integrating UAS [unmanned aircraft systems] into the National Airspace System (NAS), based on demands for increased operational flexibility and the experience FAA has gained” since the existing regulations were first presented.

Specifically, the proposed rules would allow operations above people and at night under certain conditions, without first obtaining a waiver of existing requirements.

The FAA said that a companion proposal seeks “public input to identify major drone safety and security issues that may pose a threat to other aircraft, to people on the ground or to national security as drones are integrated into our national airspace.”

“Expanded operations, such as operations over people, are currently allowed through the FAA’s waiver process on a case-by-case basis,” said Brian Wynne, president and CEO of the Association for Unmanned Vehicle Systems International (AUVSI). “A rule that allows for widespread operations over people without requiring a waiver will allow more operators to harness the great potential of UAS.”

Chad Budreau, executive director of the Academy of Model Aeronautics (AMA), whose members fly for recreational and educational purposes and operate according to AMA rules, said that, although the FAA’s proposal would not have a significant impact on AMA members, “we believe these operations should be allowed, provided they can be done safely and any potential risk to people on the ground is appropriately mitigated.”

Transport Canada (TC) has introduced new rules for drone operators that Transport Minister Marc Garneau says are intended to “balance practicality and the safe use of drones.” 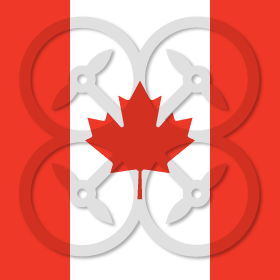 The drone rules, announced in January, will take effect June 1 for operators of drones weighing between 250 g (8.8 oz) and 25 kg (55 lb) and operated within the pilot’s visual line of sight. The rules, which will apply regardless of whether the drone is operated for business, research or fun, are directed at two main categories — basic and advanced — that are based on airspace rules and the distance of the drone from bystanders.

The rules were developed after consultations with the industry and residents of Canada, TC said.

Both categories of rules require the operator to:

Pilots who plan to operate a drone outside the rules governing basic and advanced operations must apply for a special flight operations certificate, TC said.

After the rules take effect on June 1, drone operators must have their pilot certificate and proof of registration for their drone available when flying the drone. Until then, recreational drone pilots must comply with rules published in the Interim Order Respecting the Use of Model Aircraft. Pilots using a drone for work or research must comply with the conditions of their special flight operations certificate.