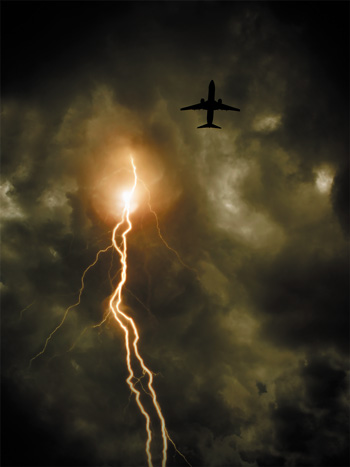 Weather is still a critical risk factor for aviation. Anything that improves the accuracy of weather forecasts will greatly benefit the aviation industry’s level of safety and operational efficiency. General improvements in numerical forecast models and new forecasting techniques have certainly helped, but to meet the particular requirements for aviation weather in the United States, the federal government turned to a more specialized effort, establishing the Aviation Weather Research Program (AWRP) of the Federal Aviation Administration (FAA).

In the early 1990s, the FAA introduced the Aviation Weather Products Generator (AWPG) Program, the goal of which was to provide aviation-specific current and short-term forecast data to the aviation community. The applied research of AWPG emphasized the standard aviation weather hazards such as turbulence, icing, etc. The operational component of AWPG later was phased out, to be replaced by other systems, but the research aspect was continued. This program became the AWRP under the direction of the FAA’s Weather Research Branch.

“The goal of the AWRP is to increase the scientific understanding of atmospheric conditions that cause dangerous weather, which, in turn, impacts aviation,” the agency said. “The research is aimed toward producing weather observations, warnings and forecasts that are more accurate and more accessible. AWRP funds research into aviation meteorology as it relates to problems in aviation safety or National Airspace System capacity and traffic management, which may be solved or mitigated by the results of dedicated scientific studies.”1 The AWRP also is an integral part of the Next Generation Air Transportation System Implementation Plan.

The AWRP is broken down into research groups. Each group deals with a specific aviation hazard, with the goal of developing products that the aviation community can use to lessen the risk of incidents/accidents. Some of the basic research and development is done in-house at FAA Headquarters in Washington by the Aviation Weather Research Team. Other projects are contracted out. The National Center for Atmospheric Research (NCAR) in Boulder, Colorado, has an aviation applications program. The MITRE Corporation works closely with the FAA through its Center for Advanced Aviation Systems Development. A number of universities also are involved in aviation weather research.

As numerical weather models and forecasting techniques improved over the years, much of the standard public forecast became automated. Many of today’s weather forecasts come almost directly from a computer with little human intervention. However, this was not the case with aviation weather forecasts. These still were done mainly by hand by meteorologists, a time-consuming practice.

One of the goals of the AWRP was to go beyond the standard aviation weather products, which rely heavily on human input, and to provide computer-generated results that could be produced and updated quickly. The goal was not to replace the standard terminal area forecasts (TAFs), significant meteorological advisories (SIGMETs), airmen’s meteorological information (AIRMETs) and other weather advisories but rather to augment them.

Producing these new aviation weather products was challenging. The numerical models and their host computers improved over time, but often these models did not directly forecast elements the aviation community needed, such as visibility, ceiling heights, etc. The trick was to relate what the models did forecast to elements that are crucial to pilots. Imaginative techniques involving statistics and “fuzzy logic” were implemented.

Another problem was that aviation hazards on a meteorological scale are small in size and can change quickly in a short period of time. The standard computer models used in day-to-day, nonaviation weather forecasting may not detect these elements and certainly do not forecast rapid changes in them. Aviation meteorologists turned to high-powered, small-scale models that cover smaller areas and produce forecasts on a faster schedule, not the typical six or 12 hours. These models also featured numerous vertical layers that could be used to forecast elements at various flight levels. For example, the Rapid Refresh Weather Forecast Model was developed and came online in 2012. With a fine grid of 13-km (8-mi) resolution and a one-hour update rate, this model was superior in forecasting aviation hazards such as icing, turbulence, convection and low ceilings and visibility.

The job of making these new products readily available to the aviation community was given to the National Oceanic and Atmospheric Administration’s National Weather Service, an organization already highly experienced in disseminating weather information to the general public.

The Aviation Digital Data Service (ADDS) was developed and became operational in 1996. This web portal utilizes a number of formats to display data, including text, digital, and graphical. ADDS is hosted by the National Weather Service at its National Centers for Environmental Prediction’s Aviation Weather Center (AWC) site in Kansas City, Missouri. ADDS products are available for operational use either under the individual forecast element website links (convection, turbulence, icing, etc.) or from the ADDS website homepage <www.aviationweather.gov/adds/>. Newer aviation weather products can be viewed and tried, with limitations noted, at NCAR’s experimental ADDS website <weather.aero/>, where they are being tested before becoming operational and moving to the ADDS website.

The AWC gives the aviation community easy access to observations such as pilot reports (PIREPs) and aviation routine weather reports, as well as satellite and radar data, and also forecasts such as TAFs, area forecasts, AIRMETs and SIGMETs. These comprise the “primary” products that pilots and dispatchers should consult before a flight. It should be noted that the AWRP also has helped in the development of new and more user-friendly methods of displaying these products. In terms of new products, the AWC also displays supplementary ADDS weather products for enhanced situational awareness. These should be used in addition to one or more primary products.

For turbulence, there is the Graphical Turbulence Guidance, which provides forecasts of possible turbulence from 10,000 ft above mean sea level (MSL) to Flight Level (FL) 450 (approximately 45,000 ft) in 2,000-ft increments. It uses a five-step scale (from no turbulence to severe turbulence) and represents the data on a three-dimensional grid for the continental United States. The AWC display shows a map of the lower 48 states with forecast turbulence intensities for the current time and to 12 hours in the future. The forecasts are generated automatically using input from a high-resolution numerical model augmented with the latest data from pilot-generated and automated PIREPs, and lightning data. It is meant to augment PIREPs and SIGMETs. Future improvements will include increasing the vertical range from the surface to FL 650 and including mountain wave and convective turbulence (ASW, 3/14, p. 14 and p. 20).

Ceilings and visibility are depicted in the Ceiling and Visibility Analysis (CVA). An interactive map of the continental United States enables users to click on their area of interest for the latest ceiling and visibility information for official reporting stations and estimated values for points between these stations. The CVA is updated automatically every five minutes. The information is useful in determining where instrument meteorological conditions are occurring. The CVA also provides 24 hours’ worth of previous observations.

For icing, the Current Icing Product/Forecast Icing Product displays an interactive map of the continental United States with an icing forecast for the current time out to 12 hours for flight levels from 1,000 ft MSL to FL 300, in 2,000-ft increments. Two forecasts are provided for each level: icing severity in a five-step scale (from no icing to severe icing) and the probability of icing. Maximum icing severity expected is included for the entire vertical layer. Another product is the lowest freezing level as displayed in map form. The freezing level height is shown in 2,000-ft increments indicated by various colors. It starts with the current analysis and gives 12-hour forecasts in three-hour increments.

Convection is, of course, a major concern for aircraft in flight. There are a wide variety of ADDS convective products. The National Convective Weather Forecast (NCWF), sponsored by the AWRP and developed by NCAR, begins with current convection. This is determined by WSR-88D (Doppler weather surveillance radar, 1988), echo tops and detected cloud-to-ground lightning strikes. The NCWF also provides a one-hour extrapolation forecast for what is called the convection hazard detection field for each storm. This information field may show severe turbulence, severe icing, hail, frequent lightning, tornadoes and/or low-level wind shear. A six-level, color-coded scale is used with Level 6 indicating a severe hazard.

Basically, the NCWF gives an accurate one-hour forecast for location, speed and direction of movement for individual storms. The convective-hazard field and forecasts are automatically generated and updated every five minutes. The NCWF works best with existing long-lived mesoscale convective systems such as squall lines. It cannot accurately forecast the initiation, growth or decay of such systems, and shorter-lived individual storms are also not well forecast. Products also contain the reminder that the NCWF should not be used to replace convective SIGMETs.

The Collaborative Convective Forecast Product starts at hour four and goes out in two-hour increments to eight hours. Included in the forecast are projected cloud-top heights, expected changes in growth, area coverage of convection, the direction and speed of movement of the convection, and the confidence level of the forecast (high or low).

The Extended Convective Forecast Product (ECFP) goes well beyond the six- or eight-hour forecast period of the NCWF, all the way out to 72 hours. Again, utilizing an interactive map of the continental United States, the ECFP gives a probabilistic forecast of thunderstorm activity. The ECFP is also just a planning tool designed for dispatchers and others who are involved with the development of flight plans, typically not the pilots. This product is available continuously and is updated every six hours.

One new product being developed and tested is the Consolidated Storm Prediction for Aviation (CoSPA), which is an advanced mathematical technique for making accurate thunderstorm forecasts well beyond the standard time range. Typically, convective storms are forecast out to two hours based on extrapolation of current motion. CoSPA starts with this and adds high-resolution model data to produce a convective forecast out to eight hours. The goal — minimizing flight delays due to thunderstorms — could produce millions of dollars in savings to aircraft operators.

A product that combines much of the available current and forecast data in a highly usable format is the Flight Path Tool. This is an interactive map display that features all of the aviation weather products available on ADDS and runs as a desktop/laptop computer application. All data are in 3D (three dimensional) graphics and are accessible for various flight levels or vertically at points along flight paths. Current and forecast surface weather conditions for various terminals can be displayed as meteorograms, graphical displays of the time variations of several weather elements at a specific location. The data can be animated, and route information can be stored and recalled to get quick updates in the future. Basically, a user can enter a flight path and get all pertinent weather information and warnings on one display.