Aircraft being flown in support of the onshore resource sector — a term that encompasses mining and energy companies with onshore operations — recorded 13 accidents, including three fatal accidents, in 2016, the report said (Figure 1). The numbers represented the fourth consecutive year in which reports of total accidents and fatal accidents declined. (Only partial data are available for 2017.) 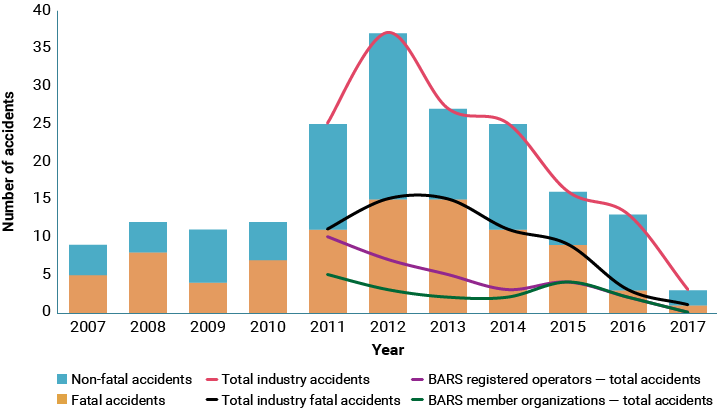 The report — one in a series of quarterly reports issued by the BARS Program Office in Melbourne, Australia — is intended to monitor and identify accident trends for aircraft operated in support of the onshore resource sector. The report’s findings do not include a presentation of causal factors or a computation of accident and incident rates but rather are designed to provide the information needed to direct resources such as audit programs, education and studies toward areas in need of attention.

Figure 1 also shows that the number of accidents involving BARS member organizations (resource companies that are BARS members) and BARS registered aircraft operators are considerably lower than the sector’s totals. For example, in 2016, data showed that aircraft from BARS member organizations and BARS registered aircraft operators both were involved in three reported accidents, compared with the sector-wide total of 13.

BARS was begun in 2010 to address issues facing the resource sector and its associated aviation operators, typically contract operators. These operators make hundreds of flights a day, often in areas with inadequate infrastructure, weak regulatory authorities and inconsistent safety standards.

The flights encompass a range of activities, from transportation of workers to remote mining operations, geological surveys, helicopter external load operations, photographic missions and medical evacuation flights. Many operations are small and rely on small, single-engine aircraft, but others are substantial and may involve aircraft as large as a Boeing 737.

Over the past seven years, the BARS program has expanded from aviation operators contracting with resource sector companies to also include humanitarian, offshore, contracted services and airborne geophysical survey operations.

Since 2007, more accidents reported to BARS in the onshore resource sector have involved passenger transportation (34 percent of the total) than any other area, followed by construction/sling loads (18 percent) and aerial surveying (16 percent), the report said (Figure 2). 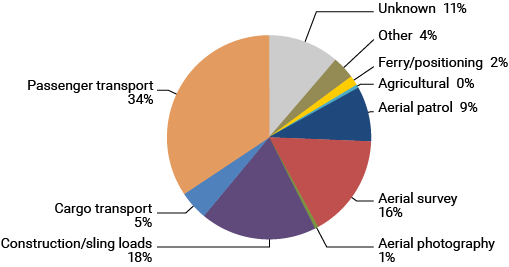 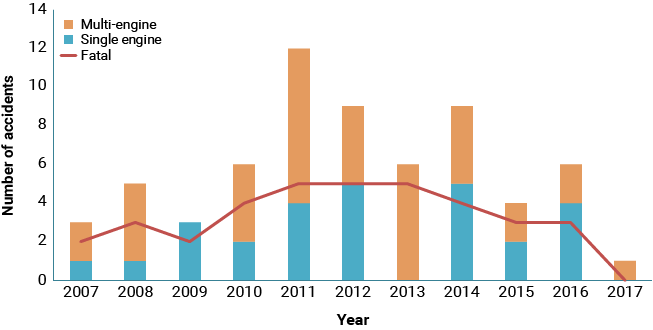 Figure 5 — Distribution of Accidents by Region