The NTSB focuses attention on safety in Part 135 operations. 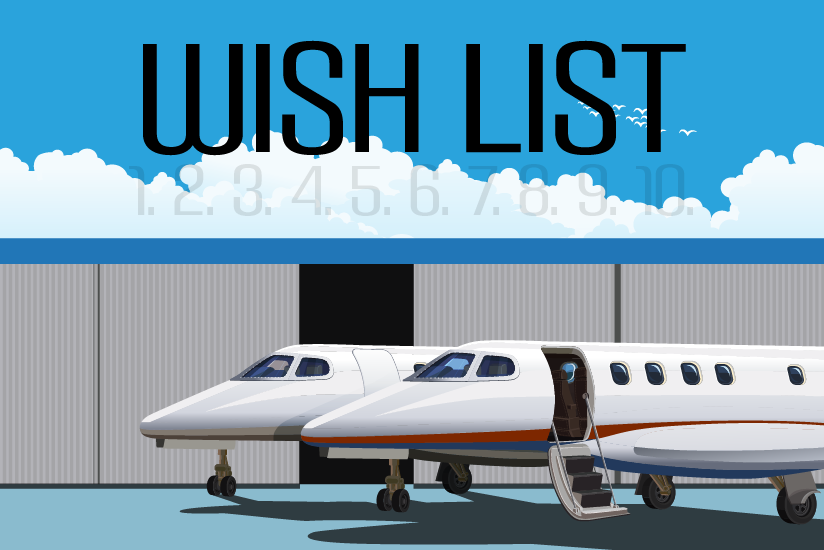 Aeromedical flights and air taxi, charter and on-demand operations are “susceptible to disaster” because they are not required to comply with the same safety standards established for commercial airlines, the U.S. National Transportation Safety Board (NTSB) says.

This evaluation prompted the NTSB to add improving the safety of U.S. Federal Aviation Regulations Part 135 operations to its 2019–2020 Most Wanted List of Transportation Safety Improvements.

Even so, the NTSB added, many Part 135 operators could “be taking more initiative to ensure the highest level of safety for their aircraft and passengers.”

Among the safety provisions not required of Part 135 operators are safety management systems (SMS), flight data monitoring (FDM) and pilot training programs focused on avoiding controlled flight into terrain (CFIT). The NTSB said that all three of those provisions have proven abilities to improve safety and prevent crashes.

“These programs enable operators to take a strategic approach to safety management, requiring that safety-focused policies, practices and procedures be implemented to keep air crews and passengers safe,” the NTSB said, adding that SMS and FDM programs also generate data that can be analyzed for use in accident prevention. The number of Part 135 operators using SMS or FDM is unknown, and the FAA does not require operators to report that those programs are in use.

The NTSB said that an SMS could have prevented the Nov. 10, 2015, crash of a British Aerospace HS 125-700A in Akron, Ohio, that killed all nine passengers and crew. The final report on the accident said that among the contributing factors was the charter operator’s “casual attitude toward compliance with standards.”1

The report identified the probable cause as the “flight crew’s mismanagement of the approach and multiple deviations from company standard operating procedures, which placed the airplane in an unsafe situation and led to an unstabilized approach, a descent below minimum descent altitude without visual contact with the runway environment, and an aerodynamic stall.”

The NTSB said it has investigated several recent fatal CFIT accidents in which the aircraft was operated under visual flight rules (VFR) at low altitudes and with terrain awareness and warning system (TAWS) alerts that had been inhibited “due to the lack of effective TAWS protections and nuisance-alert mitigations.”

For example, the agency’s investigation of the Oct. 2, 2016, crash of a Cessna 208B Grand Caravan into mountains northwest of Togiak, Alaska, cited safety issues associated with the lack of an SMS and FDM, as well as inadequate CFIT training and inadequate use of CFIT technology. Both of the airplane’s pilots and their passenger were killed in that accident.2

The NTSB said 21 open safety recommendations address what it calls the “safety gap” in Part 135 operations.

“Operators must be proactive about safety,” the agency said. “They should not wait for regulations or an accident to move them to action. Some operators have already incorporated SMS, FDM and CFIT programs and are seeing tremendous safety returns.

Among its specific recommendations, the NTSB called on Part 135 operators to implement an SMS and FDM, “appropriately scaled to the size of your operation, to detect and correct unsafe deviations from company procedures before an accident occurs.”

These operators also should use analysis tools to identify safety trends and implement CFIT-avoidance training to reduce the risk of CFIT accidents that involve VFR flight that continues into instrument meteorological conditions, the NTSB said.

The Part 135 provision was the only one of 10 items on the 2019–2020 Most Wanted List that dealt only with aviation; several other items, however, were directed toward multiple segments of the transportation industry, including aviation.

One of those items called for eliminating distractions, which the NTSB characterized as “a growing and life-threatening problem in all modes of transportation. … We know that a loss of situational awareness in the air or on the ground can have potentially catastrophic results.”

To curb distractions in aviation, the industry should develop strategies to help pilots identify and avoid distractions that are not related to their work, the NTSB said, adding that regulators should extend the ban on nonoperational use of personal electronic devices in the cockpit to include not only Part 121 air carrier operations but also those governed by Part 135 and Part 91 general operating rules. Commercial pilots should comply with the “sterile cockpit” rule, and others must “voluntarily reduce and manage distractions to maximize attention,” the NTSB said.

The agency said a comprehensive approach to fighting fatigue throughout the transportation industry should focus on research, education and training as well as treatment of sleep disorders.

To address the problem, aircraft operators should establish fatigue risk management programs for employees engaged in safety-critical tasks and establish initial and recurrent training for maintenance and inspection personnel, including a review of fatigue’s effects on performance and of the actions that individuals can take to prevent fatigue. Regulators should establish duty-time regulations for maintenance personnel; and pilots, maintenance personnel and air traffic controllers should ensure that they get the right amount of sleep, the NTSB said.

The List entry noted that screening for obstructive sleep apnea, conducted in accordance with guidelines from the American Academy of Sleep Medicine, is mandatory for pilots undergoing aeromedical examinations.

In another health-related issue, the NTSB urged an end to impairment by alcohol and other drugs and noted that aviation accidents associated with drug-impaired operators are “100 percent preventable.” Most fatal aviation accidents in which drug use is a factor involve general aviation, and the most frequently identified impairing substance was diphenhydramine, an antihistamine found in over-the-counter medicines intended to reduce cold and allergy symptoms and to aid sleep, the NTSB said. Use of illegal drugs was far less frequent, found in about 3 percent of pilots killed in crashes between 2008 and 2012, the agency added.

The NTSB recommended that regulators publicize and periodically update information aimed at educating pilots about potentially impairing drugs and making them aware of safer alternatives. Pilots should talk to medical specialists about any medications they take to determine whether there are dangerous interactions, and ensure that they do not fly after taking “sedating and impairing medications” until the adverse effects of the medication have worn off, the NTSB said.

Another provision called for strengthening the protection of occupants of aircraft, as well as occupants of trains and motor vehicles.

In commercial aviation, a child safety restraint should be used for children under age 2, who currently are permitted to travel without restraints on the lap of an adult — a position that places them at risk of injury or death, the NTSB said. In addition, the NTSB said, fatalities and major injuries could be reduced through the correct use of shoulder harness systems in small aircraft.

Gone from the list this year was an entry calling for prevention of loss of control–in flight accidents involving general aviation aircraft — an item that had been cited on all previous lists since 2015.

The NTSB produced its first Most Wanted List in 1990 to increase awareness of safety issues among the public, within the aviation industry and among members of Congress. Five of the 18 items on that first list dealt exclusively with aviation, including entries that addressed ground-proximity warning systems in commuter aircraft, structural fatigue testing, and runway incursions and ground collisions of aircraft. Until 2017, the list was issued annually; that year marked the issuance of the first two-year cycle for the list.

In its report on the methodology involved in producing the list, the NTSB characterized the document as its “primary point of leverage” to encourage recipients of the agency’s safety recommendations to act to implement those recommendations.

Unstable approaches that continue to landing have been dropped from the Transportation Safety Board (TSB) of Canada’s Watchlist of top transportation safety issues, TSB said today in releasing its Watchlist…