An absence of grease on a fuel pump spline led to the fatal crash of a Bell 206L, the NTSB says. 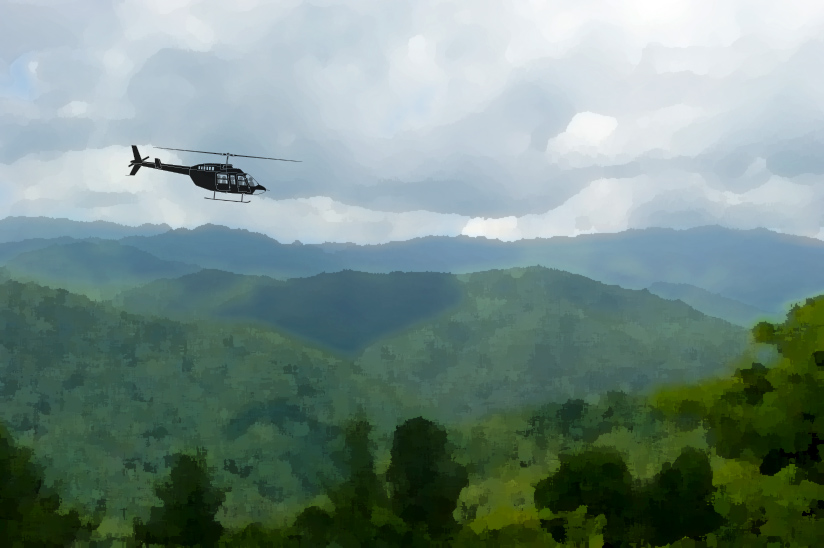 A Bell 206L “didn’t sound right” to a pilot on the ground seconds before its engine failed and the helicopter crashed into a wooded area during a sightseeing flight over the Great Smoky Mountains near Pigeon Forge, Tennessee, U.S., the afternoon of April 4, 2016, according to the final accident report by the U.S. National Transportation Safety Board (NTSB).

The pilot and all four passengers were killed in the crash and subsequent fire, and the helicopter was destroyed. Had it not been for the fire, and had emergency medical treatment been available, the pilot and one passenger likely would have survived, the NTSB said, noting that it was unable to determine if two more passengers might also have survived under those conditions. 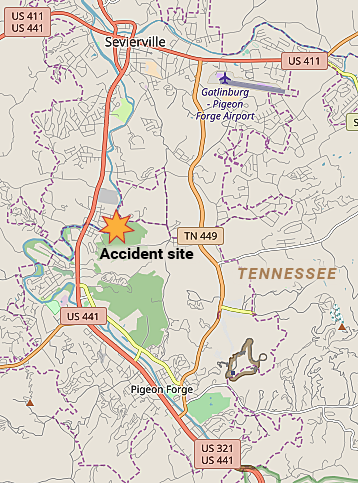 In its final report on the accident, released in mid-August, the NTSB said the probable cause was the in-flight loss of engine power, caused by the failure of the engine fuel pump and resulting in a collision with trees and terrain during an attempted autorotation. The cause of the fuel pump failure, the NTSB report said, was “the absence of adequate grease leading to accelerated spline wear within the fuel pump.”

The flight began around 1600 local time when the Smoky Mountains Helicopters Bell 206L departed from Sixty Six Heliport in Sevierville, the report said. Visual meteorological conditions prevailed for the sightseeing flight, and no flight plan had been filed.

The pilot of another helicopter being flown in the same area said he heard the accident pilot make a typical landmark position report. He said he heard no distress calls.

A nearby resident, who held a private pilot certificate, said he was working outside when he saw the helicopter low and descending. He said that at first, it “didn’t sound right,” and then, it sounded “as if the pilot cut the power.” The silence was followed by the sound of an impact, he said.

The accident pilot’s logbook showed that, as of March 25, 2016, he had accumulated 1,310 flight hours, including 875 hours in Bell 206 helicopters. The operator’s helicopter log indicated that he had flown the helicopter several more times before the accident, but his exact flight time could not be determined. He held a commercial pilot license with an instrument rating and a flight instructor certificate.

The helicopter was manufactured in 1977 and had accumulated 22,562 hours; its 420-horsepower Rolls-Royce 250-C20B turboshaft engine had 8,550 hours. Its most recent 100-hour and annual inspections had been completed March 4, 2016; after that, the helicopter was flown about 40 hours before the accident.

Engine records showed that the engine fuel pump was manufactured by the Power Accessories Division of TRW, later known as Argo-Tech Corp. and now part of the Eaton Corp., and that it was installed, following an overhaul, in the accident helicopter’s engine on June 23, 2009.

When the accident occurred, the fuel pump — which had an overhaul interval of 4,000 flight hours — had accumulated 1,078 flight hours since its last overhaul. That overhaul, conducted at International Governor Services (IGS) in Broomfield, Colorado, was carried out in compliance with an Argo-Tech component maintenance manual.

After the crash, the engine fuel pump was removed from the engine accessory gearbox and disassembled for examination.

“Removal of the drive shaft revealed that its small splines, which are normally mated to the internal splines of the fuel pump drive gear, exhibited evidence of severe damage, with significant portions of the spline teeth missing material,” the report said. “The drive shaft spacer exhibited thermal distress and indentations consistent with contact with the internal splines of the drive gear.

“Remnant pieces consistent with the retaining clip, which is normally installed on the spline relief on the drive shaft small splines, were not observed during disassembly but were later identified via photographs taken during the examination.”

Damage also was noted on the internal splines of the drive gear, the report said.

Investigators found that wear on the splines “was likely accelerated due to a lack of grease,” the report said, adding that the presence of the remnant material was “consistent with grease being present at some time … but it could not be determined if it was from the last overhaul, which was performed about eight years and 1,078 flight hours before the accident, or from an earlier overhaul.”

Investigators also found that a component maintenance manual parts list for the fuel pump specified that any one of 11 different-sized drive shaft spacers could be installed on the drive shaft. The appropriate size was to be determined according to measurements taken during the assembly of the drive shaft to the pump assembly.

In the accident helicopter, the spacer on the fuel pump drive shaft was about 0.24 in (6.10 mm) thick, the report said.

“According to the original build record from the manufacturer of the fuel pump, dated September 1985, a spacer with a thickness of 0.12 in [3.05 mm] was originally installed,” the report said. The incorrect size might have left a gap between the spacer and the drive gear that allowed grease applied to the splines to escape, the document added.

Maintenance records showed that the spacer was not replaced during the last overhaul, and because maintenance records for the next-to-last overhaul of the fuel pump were not available, it could not be determined when the incorrectly sized spacer was installed. Investigators also were unable to determine whether the drive shaft, drive gear and driven gear were the fuel pump’s original parts or whether they had been replaced, and if so, when, the report said.

The report said that employees of IGS, the company that performed the 2009 overhaul of the fuel pump, told accident investigators that they had seen wear patterns resembling that on the accident helicopter’s fuel pump drive shaft splines but never as severe.

One IGS maintenance technician told investigators that, since 2008, he had observed drive shaft spline wear four or five times, and that “a lack of lubricant or corrosion was associated with the spline wear.” The technician said that he had observed wear only on the drive shaft’s smaller splines, not on the larger splines that connect with the engine accessory gearbox drive gear.

IGS told accident investigators that its personnel consistently examine fuel pumps submitted for overhaul for signs of wear on the splines or gear teeth, and if wear is seen, the part is rejected, the report said.

The report noted that the U.S. Federal Aviation Administration in 1994 introduced upgraded fuel system crash resistance standards for normal category helicopters. These standards were designed to limit fuel spillage near ignition sources and thereby extend the time available for evacuation, enabling passengers and crew to escape from a post-crash fire. The new standards were not applied retroactively to existing helicopters.

The Bell 206, certificated in 1975, was not required to be manufactured with a fuel system that met the fuel system crash standards under the 1994 regulation, the report said.

Bell Helicopter said that the Bell 206L originally had a thin-wall bladder-type fuel cell, and that these original fuel bladders were not drop-tested; such tests were not required.

In 1994, Bell Helicopter issued Service Instruction No. BHT-206-SI-2043, calling for improvements in the crash resistance of the original fuel systems for 206 and 206L helicopters by incorporating a retrofit kit. The kit was not certified under Federal Aviation Regulations Part 27.952, but it nevertheless enabled several changes, including the introduction of fuel bladders with greater puncture resistance than their predecessors and a directive to replace rigid interconnect tubes with stainless steel braided hoses. The retrofit kit has been available since 1994, Bell Helicopter said.

The report said that a review of the accident helicopter’s maintenance records yielded no record of modifications to the original fuel system.

The investigation could not determine whether a crash resistant fuel system might have prevented the post-crash fire.

The report also noted that because the helicopter was not equipped with a cockpit image recorder, and because radar data and surveillance videos were not available, the investigation could not determine why the pilot was unable to complete an autorotation and land the helicopter safely.

ATSB investigations have found an increased risk of injury for helicopter pilots engaged in operations that make it difficult to use upper torso restraints.