The chartered aircraft was carrying then-vice presidential candidate and his campaign staff. 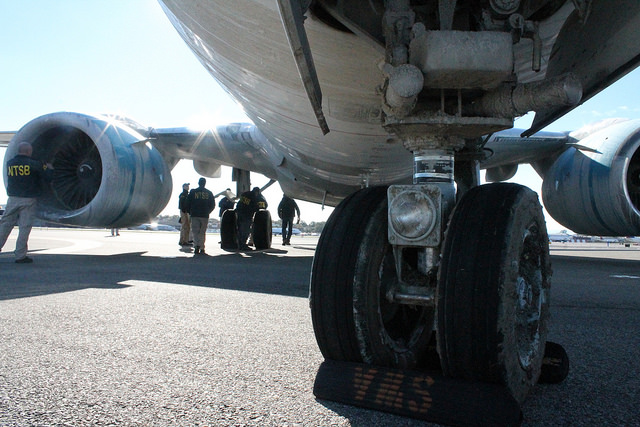 “Several failures in close succession” by the flight crew of a Boeing 737-700 carrying then–vice presidential candidate Mike Pence and his campaign staff were the probable cause of the airplane’s Oct. 27, 2016, runway excursion at New York’s LaGuardia Airport, the U.S. National Transportation Safety Board (NTSB) says.

No one was hurt in the event, which occurred on a rainy night after the Eastern Air Lines charter flight floated several thousand feet beyond the runway threshold before touching down. It left the runway, “partially transited” an emergency materials arresting system designed to halt runway overruns and ultimately stopped about 170 ft (52 m) beyond the runway’s end. The airplane sustained minor damage (see “EMAS Avoidance?” ASW, 7-8/17).

In the final report on the incident, issued Thursday, the NTSB said that the pilots should have conducted a go-around after the first officer, who was the pilot flying, “failed to get the jet’s wheels on the ground within the first third of the runway.”

The captain failed to announce that he was taking control of the 737, “which resulted in each pilot attempting directional inputs that were at odds with the other,” the NTSB said. “This breakdown of basic crew resource management, along with the captain’s failure to call for a go-around, demonstrated a lack of command authority.”