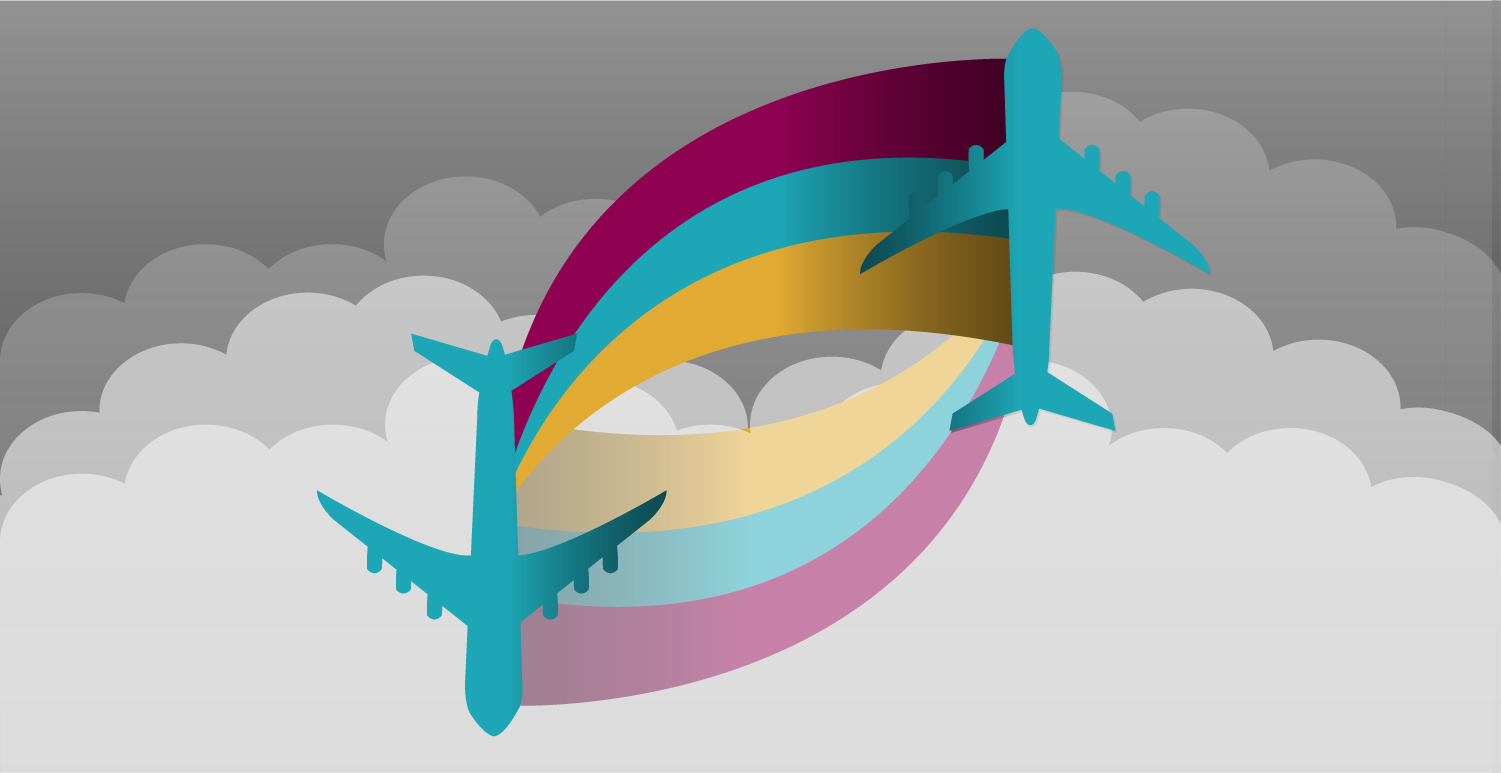 International efforts to eradicate loss of ­control–in flight (LOC-I) in large commercial jets through pilot training have reached a favorable tipping point this year, a number of stakeholders agree. The reason is that advances in flight simulation training devices (FSTDs), while still awaiting detailed regulatory mandates to industry from nearly all national or regional civil aviation authorities, will furnish the technical piece that has been missing for widely implementing airplane upset prevention and recovery training (UPRT).

Among significant evidence of progress is the latest decision in the United States, announced March 30, on exactly how FSTDs must be modified to model certain elements of UPRT with acceptable levels of fidelity, such as providing airline pilots with hands-on experience in full-stall recoveries in their aircraft. A number of subject matter experts expect the U.S. precedent in UPRT regulatory implementation to pave the way for other states, airlines and aviation training organizations (ATOs) to introduce UPRT as quickly as their resources allow, within timeframes that their civil aviation authorities impose.

Now, FAA’s completed set of regulations shows a way to incorporate the various UPRT standards and recommended practices published by the International Civil Aviation Organization (ICAO), most wholly and some partly, with explanations of the modifications deemed necessary by the agency as it responded to a 2010 airline safety law passed by the U.S. Congress.

For context, the U.S. airline industry looks forward to UPRT succeeding as the predominant LOC-I risk mitigation for the present time, while teams of scientists engaged in other types of research and development say they anticipate that technological risk mitigations on flight decks eventually will complement UPRT.

At the international level, full stalls and unintended attitude excursions have been treated as an integral part of UPRT, according to one update on implementation efforts presented in January 2016 to a conference of the American Institute of Aeronautics and Astronautics.2 FAA says in Advisory Circular [AC] 120-111, Upset Prevention and Recovery Training, “Although a stall is by definition an upset, stall prevention and recovery training is contained in [AC 120-109A], Stall Prevention and Recovery Training. … In addition to stall training, UPRT is an essential training element to reduce loss of control events or, if they occur, enable recovery to normal flight.”

“Both regulation and an impetus to maintain high safety levels are driving airlines to rapidly deploy UPRT,” they said. “However, some airlines have also had recent upset-related events, and are embarking on safety enhancement programs involving UPRT. For example, an All Nippon Airways Boeing 737 encountered an overbank upset during a routine flight, due to an inadvertent rudder trim application by a pilot. A Chinese operator encountered a stall in an Airbus A320 during an approach in severe weather. AirAsia [experienced] a fatal A320 LOC-I accident in 2014.”

They traced today’s implementations partly to seven years of UPRT work by the International Committee for Aviation Training in Extended Envelopes, which had “determined that 56 percent of the training footprint could be covered by knowledge and with better use of today’s Level D/Type 7 simulators, without modification. With enhancements to these devices (instructor station feedback, better matching of stall-related buffet and validated post-stall [aerodynamic] modelling), nearly 85 percent of the training requirements could be achieved. This would cover the [airplane stall/upset] recovery portion as well.”

Their paper summarized the globally influential UPRT rulemaking by FAA and the European Aviation Safety Agency (EASA). “For the purpose of global harmonization, hopefully the final EASA regulations will be harmonized with the FAA rules for UPRT,” Advani and Schroeder said.

“Stalls have proven to be a major contributor in airplane upsets, possibly due to their unpredictable nature or the challenges that they pose: the ‘roll off’ could cause the pilot to be distracted and to counteract the roll while stalled through aileron inputs, as occurred in the Colgan [Air Flight] 3407 crash in 2009 [ASW, 3/10, p. 20]. In fact, the sole action should be to reduce the angle-of-attack, followed by rolling the wings to level and stabilization of the flight path,” they said.

The concept of upgrading FSTDs to sufficient realism for full stalls and other UPRT maneuvers still leads to confusion among some pilots. “First, it is important to know that the upset definition does not mean that a simulation model is outside its validated [training] envelope during every upset,” they said. “However, additional modeling or validation of the aircraft model may be required in the proximity of the stall, or other parts of the flight envelope. Near the stall, transport aircraft may demonstrate deterrent buffet, reduced control effectiveness, reduced damping, Mach effects, rapid and possibly uncommanded departures from the flight path, activation of stall ­warning/stick shaker, activation of envelope ­protection/stick pusher, or any combination thereof. These are covered by [the latest amendment of FARs Part 60].”

Airlines ready to implement UPRT while waiting for applicable regulations particularly are facing limited availability of qualified UPRT instructors and problems obtaining valid simulator data for the required FFS upgrades, Advani and Schroeder said. Some pilots have found the following FSTD scenarios to be among the most valuable to them: pitch runaway during takeoff; nose-low stall; traffic-alerting and collision avoidance system alert at high altitude; inadvertent stall warning, such as stick shaker activation; recovery from overbank; unreliable airspeed; and power-off stall, they added.

They also reiterate the point that extreme care must be taken during implementation, adding, “It is most important that airlines apply UPRT in a safe manner, by consulting with the airframe manufacturer, developing knowledge on the applicable regulations, and adequately training their instructors to conduct UPRT effectively and with minimum chance of instilling potentially dangerous habits in their pilots.” 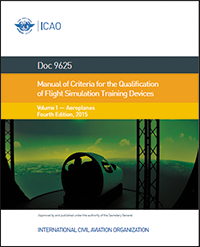 Until FAA finalized the Part 60 amendment, only the Civil Aviation Authority of Singapore had fully implemented UPRT regulations using ICAO Doc 9625 Third Edition over the six-year period since its adoption, according to Dransfield.

Other presenters at this conference agreed that national and regional governments’ pace of implementation of UPRT regulations is the major current challenge.4 In the United States, the preparations partly involved training all FAA inspectors who approve airline training, according to Robert Burke, manager, air carrier training systems for the FAA Air Transportation Division, and FAA’s Schroeder. Their presentation said that the agency’s new inspector training course was beta-tested with 100 airline pilots, and yielded a sense of the questions that will arise and the misconceptions that may persist.

Burke and Schroeder pointed out two of the most problematic comments of the “top 10” received by FAA personnel from the UPRT beta-test pilots. One was, “If stalled, I need to add full power first.” The other was, “I should still power out of a stall down low.” Both run counter to current standards of full-stall recovery and UPRT.

Moreover, these beta-test pilots, representing pilots of large commercial jets, expressed doubts, before taking the course, about the capability of FSTDs to realistically fly a full-stall demonstration, about the need for such training and about the possibility of negative learning occurring in airplane types that have automation protecting against departure from the normal flight envelope.

A large library of relevant documents, as of mid-2016, explains in detail how civil aviation authorities should write UPRT regulatory requirements, and how airlines should implement them. In light of these interrelated multi-source documents, the International Air Transport Association’s (IATA’s) Pilot Training Task Force has made efforts to simplify and accelerate implementation by airlines by sharing practical knowledge and experience of early implementers. “The ideal UPRT program structure should … be designed as a coordinated effort between the operator and the ATO,” IATA’s guide5 says while providing background on FSTD terminology such as valid training envelope and normal flight envelope, and its relevance to UPRT.

The guide notes, “Exercises outside the valid training envelope can create misperceptions, as the FSTD’s simulation model may not satisfactorily represent the airplane behavior. … In order to provide the full scope of UPRT to their pilots, ATOs and operators should consider implementing the necessary FSTD improvements without undue delay.”

Paralleling the implementation of UPRT (including full-stall training), other teams of researchers envision LOC-I mitigation possibilities by optimizing flight crews’ airplane state awareness through cutting-edge automation. One such research initiative responds to a U.S. Commercial Aviation Safety Team safety enhancement that emerged from the team’s concentration on the precise role of airplane state awareness in LOC-I accidents.

The idea, essentially, is for software algorithms to predict and assess future airplane energy states relative to a safe flight envelope and autoflight configurations, and to inform or alert pilots when problematic autoflight inputs or conditions occur, according to the overview from the researchers involved.6

“The combination of prediction and assessment technologies [is] used to trigger timely alerts to avoid loss-of-control situations. The maneuvering envelope limits are also indicated on the primary flight display, and the predicted [four-dimensional] trajectory is displayed on navigation and vertical situation displays. … These tools seek to make the behavior of the automation more transparent to the flight crew, while enhancing their energy state awareness, and alerting pilots of problematic autoflight inputs or conditions,” their paper said.

“The display features and alerts were evaluated in the Advanced Concepts Flight Simulator at the [U.S. National Aeronautics and Space Administration] Ames Research Center, where commercial airline crews [20 Boeing B757/767 pilots from three airlines] flew multiple problematic approach and landing scenarios to investigate the impact on current and future aircraft energy state awareness. … Scenarios were specifically constructed to induce high- and low-energy situations, as well as to imitate failures and other off-nominal conditions based on previous accidents and incidents. … Each scenario was flown twice: once with the new display and alerting technologies, and once without. … Results show that the display features and alerts have the potential to improve situational awareness of what the automation is doing now and what it will do in the future. … Trajectory prediction and maneuvering envelope estimation can rapidly assess the safety of the future state of the aircraft and be combined to provide predictive alerts to flight crews. … These technologies show potential in enhancing automation and energy state awareness, but there are still limitations and much room for improvement.”

The rulemaking to enhance FSTDs in the United States varies somewhat from that of other countries and regions because of origins in the new airline pilot qualifications required by the 2010 law, which specified training broader than UPRT for “rare, but high-risk, scenarios.” The amended Part 60, for example, defines simulator fidelity requirements for a variety of specific new training tasks to be conducted in Level A through Level D FFS within air carrier training programs.

An example of a resulting difference is that FAA regards the following elements as the only criteria that pilots will use in an FSTD to identify a stall: “No further increase in pitch occurs when the pitch control is held on the aft stop for 2 seconds, leading to an inability to arrest descent rate. An uncommanded nose-down pitch that cannot be readily arrested, which may be accompanied by an uncommanded rolling motion. Buffeting of a magnitude and severity that is a strong and effective deterrent to further increase in AOA. The activation of a stick pusher.”

As to spillover effects upon all kinds of FSTD training as a result of amending Part 60, FAA noted, “The requirements … will also have an added benefit of improving the fidelity of all FSTDs initially qualified after the final rule becomes effective. … These changes will ensure that the training and testing environment is accurate and realistic, will codify existing practice, and will provide greater harmonization with international guidance for simulation.”

United Airlines, a Flight Safety Foundation Benefactor member, is hosting a summit on upset prevention and recovery training (UPRT) next month in Denver. The UPRT Global Summit is scheduled for…

Simulation Can Be Habit Forming