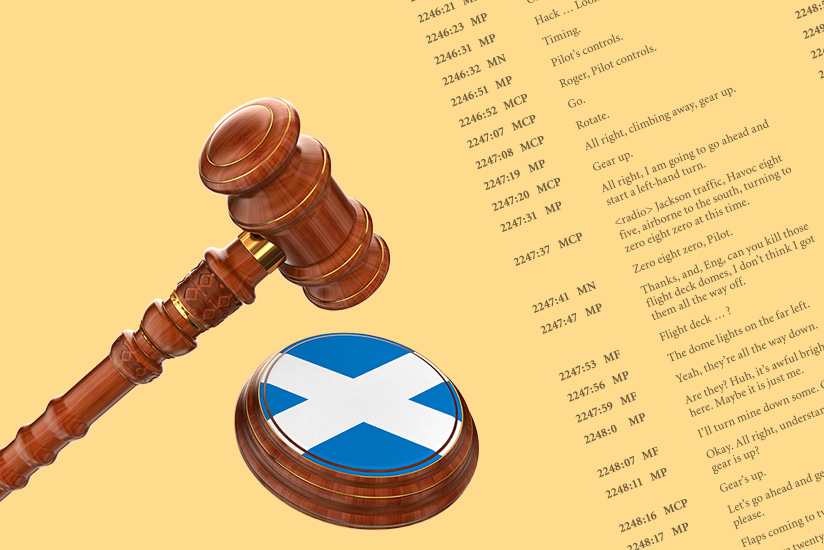 During the early days of aviation, aircraft accidents were investigated using mainly records of the flight and evidence gathered at accident sites. Basic investigative techniques matured as experience was gained, and, with technological developments, investigations became more of a science.

The introduction of the flight data recorder (FDR) added an information source of immense value to the investigation process. Through the assessment of multiple FDR parameters, investigators could now “see” what the aircraft had been doing during the period before the accident itself. The addition of the cockpit voice recorder (CVR) provided further insight and aided the process by allowing the investigators to hear crew conversations, cockpit noises and alarms.

But CVRs introduced conflicts, originally around privacy and later regarding protection of data in the interest of everyone’s safety. After years of advocacy by Flight Safety Foundation and other aviation safety professionals, it became accepted practice that, particularly in the case of fatal accidents, the audio recordings from these devices would be accessible only to an official body’s investigators for the purpose of carrying out an investigation and preparing transcripts typically included in the final report. Within the aviation safety community, it is still widely held that CVR audio recordings should not be used to support adversarial proceedings, either criminal or civil. After all, with rare exceptions, pilots don’t go to work with the intention of committing a malicious act. Accidents are often the product of system-based deficiencies that may include human factors errors of commission or omission.

The following ongoing case illustrates the conflict between maintaining privacy and a just culture in aviation accident investigation, and meeting the demands of a judicial system’s investigators.

On Aug. 23, 2013, a Eurocopter (now Airbus Helicopters) AS332 Super Puma, operating in support of North Sea oil and gas installations, crashed into the sea while on approach to Sumburgh Airport in Scotland’s Shetland Islands. Of the 18 passengers and crew, four failed to escape the helicopter and died. The accident investigation by the U.K. Air Accidents Investigation Branch is continuing, but preliminary reports said no technical fault with the helicopter had been found. A Scottish court is now hearing evidence in support of a coroner’s inquiry.

In workplace-related accidents involving fatalities or injuries, the relevant authorities may be required to conduct an investigation to determine whether a criminal prosecution of any of the involved parties is warranted. In this accident, as noted, the ongoing AAIB investigation has yet to reveal any technical fault with the aircraft, and Police Scotland, in accordance with their statutory obligations, is investigating to determine if any criminal negligence exists. To support their investigation, combined voice and flight data recorder (CVFDR) data are being sought as evidence.

In this case, the lord advocate, a lead prosecutor who is in charge of criminal prosecutions and death investigations in Scotland, petitioned the court to order the secretary of state for transport to hand over the CVFDR to Police Scotland following the AAIB’s denial of a previous request for it.

Lord Jones, a judge of Scotland’s Supreme Courts, agreed, ruling that, “in my judgment, there is no doubt that the lord advocate’s investigation into the circumstances of the death of each of those who perished in this case is both in the public interest and in the interests of justice. The cockpit voice recording and the flight data recording which the lord advocate seeks to recover will provide relevant, accurate and reliable evidence which will enable SARG [the Safety and Airspace Regulation Group of the U.K. Civil Aviation Authority] to provide an expert opinion of value to assist him in his investigation of the circumstances of the death of the four passengers whose lives were lost, and his decision whether and, if so, against whom to launch a prosecution” (emphasis added).1

In a number of jurisdictions around the world, the law allows for the use of CVRs to support judicial inquiries with the express provision that the data contained within them are not to be used for the purpose of prosecuting flight crew, either in association with that inquiry or in any other case. However, in other jurisdictions, this prohibition is less clear.

This is not to say that flight crew are, or should be, held to be above the law. After all, the philosophy of a just culture, which recognizes a few exceptions in which deterrent punishments may be warranted, is no longer new and is becoming increasingly accepted. But the practice of using FDR/CVR recordings for purposes other than those for which they were intended is anathema to the principles embodied in current air safety investigations conducted in a just manner.

The judgment and order by the court in Scotland is the subject of an appeal by the British Air Line Pilots Association, the helicopter’s captain and the first officer. The outcome will be of interest, especially with respect to work being undertaken by the Foundation and others to ensure the legal protection of safety information in the interests of aviation safety.