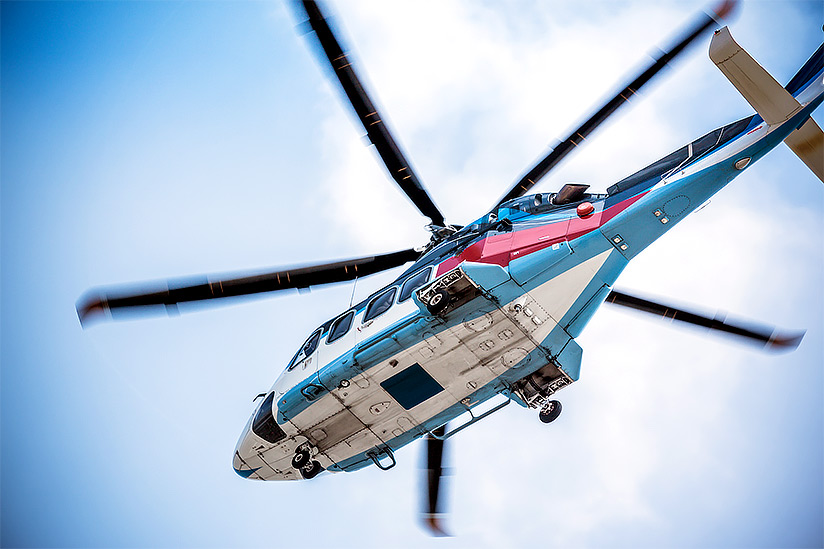 Two sectors of the global helicopter industry that have experienced clusters of fatal accidents in recent years have outperformed others in taking actions identified by the International Helicopter Safety Team (IHST) as crucial to preventing accidents and improving safety, the IHST says.

In a report on its second annual survey of civil helicopter operators, released in early February, the IHST — made of up representatives from governments and the industry whose goal is to enhance safety and prevent accidents — said that operators engaged in offshore helicopter flights and helicopter emergency medical services (HEMS) missions were most likely to have implemented the organization’s recommendations (Figure 1). 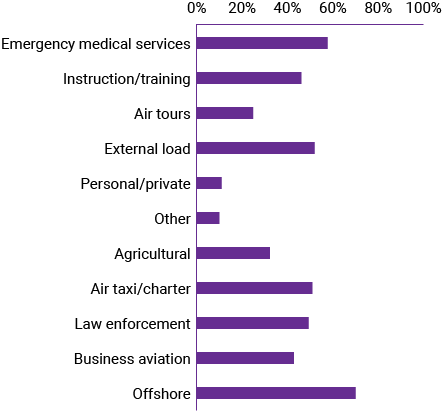 The IHST said that helicopter operators can boost their chances of preventing accidents by implementing safety management systems (SMS) and complying with the organization’s recommendations in three other areas. The recommendations were based on the IHST’s analysis of more than 1,000 helicopter crashes around the world and included, in addition to SMS implementation, the following:

The IHST survey results were based on 340 responses from 44 countries — numbers that the organization acknowledged represented only a fraction of the 35,000 civil helicopters operating worldwide and therefore cannot be considered a representative sample. In fact, the IHST said, “these results may … represent the best operators in the civil helicopter industry who were willing to state their positions with regard to the IHST’s work.”

Nevertheless, the IHST said the responses to the survey enabled it to draw important conclusions about effective safety initiatives.

“The challenge for those who share the IHST vision of zero accidents is to engage all those who use helicopters in reviewing the overwhelming evidence for … best practices,” the organization said.

“The IHST and many other industry stakeholder groups are actively promoting implementation of these practices. The IHST’s global safety survey is intended to assess the progress toward full implementation of these practices within each industry sector in every region. While some of the recommended systems and equipment have mission-specific application, the other recommendations for SMS, training and maintenance practices are universally applicable.”

In its breakdown of the helicopter industry by sectors, the survey found that the sectors most likely to have implemented IHST recommendations were those with the lowest accident rates — offshore helicopter operators and HEMS.

In both sectors, the downturn in accidents came in contrast to the clusters of fatal accidents recorded several years ago.

In the case of North Sea helicopter operations that support the offshore energy industry, five significant accidents — including two fatal accidents — between 2009 and 2013 prompted a 2014 safety review of the industry by the U.K. Civil Aviation Authority (CAA), in conjunction with the Norwegian CAA and the European Aviation Safety Agency (ASW 4/15, “Overwater Progress”).

The review led to a series of actions designed to increase safety, including prohibition of flights in the most severe sea conditions, adoption of provisions to protect passengers in case of a crash and implementation of stronger pilot training and checking requirements.

A January 2015 progress report said that implementation of those changes had progressed on schedule, reducing some of the risks that were identified in the original safety review that had been published a year earlier.

Not all risks have been eliminated. A Jan. 11, 2017, preliminary report from the U.K. Air Accidents Investigation Branch said a Sikorsky S-92A was damaged during landing Dec. 28, 2016, at the West Franklin wellhead platform. None of the nine passengers and two crewmembers was hurt. The investigation was continuing, but preliminary indications were that damage to a pitch change shaft bearing had led to a rough landing, which also resulted in damage to the platform helideck.1

HEMS operators in the United States experienced their deadliest year on record in 2008, when nine fatal crashes killed a total of 29 people. Similar issues prevailed in many of the accidents: Among other factors, pilots bowed to internal or external pressure to accept what they perceived to be life-or-death missions in conditions that should have ruled out the flights, or they flew under visual flight rules into instrument meteorological conditions, or they struggled to see terrain during dark night flights conducted without NVGs.

The accidents prompted reviews of industry problems and eventually led to implementation of a range of safety initiatives, including SMS, flight operational quality assurance (FOQA), improved education and training for HEMS crews, installation of helicopter terrain awareness and warning systems, and increased use of NVGs — a development that industry representatives credited with making possible an immediate improvement in safety.

Of the 11 sectors of the industry, “personal/private” helicopter operators and those engaged in “other” operations were least likely to comply with IHST best practices, the report said, adding, “This … correlates with the IHST’s analysis showing that the personal/private operators have high accident rates. Hence, these operators have the most to gain from implementing IHST’s key recommendations.”

Conversely, because offshore helicopter operators have the lowest accident rates, “it appears that the IHST’s key recommendations are very effective in preventing helicopter accidents,” the report said.

Noting that offshore operations are driven by the requirements of their oil and gas customers, the report said that another conclusion is “that customer awareness of and insistence on the use of best practices for safety can be as important as regulatory support.”

Overall, data showed that U.K. operators were more likely than those in other countries or regions to have implemented the IHST’s key recommendations (Figure 2). 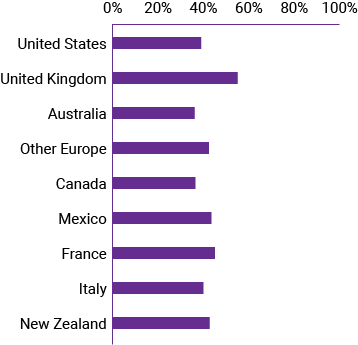 Use of an SMS has the highest implementation rate of all IHST recommendations, the report said, noting that use of the programs is greatest in the countries that have required the programs the longest — the United Kingdom and other European countries where aviation is regulated by the European Aviation Safety Agency (EASA).

The study also found that operations with the highest level of SMS implementation were those driven by their customers’ requirements, such as the offshore operators that worked to satisfy the needs of their oil and gas company customers.

“That industry’s operations vitally depend on the confidence of offshore workers in their means of getting to work,” the report said, noting that the International Association of Oil and Gas Producers includes SMS requirements in its guidelines for members.

Survey data show that use of HUMS is relatively low, climbing above 40 percent only in Italy, Mexico and the United Kingdom. Offshore operators recorded the highest level of HUMS use (70 percent), the report said, noting that many oil and gas companies have required HUMS for more than 10 years.

“When we sort those results by stakeholder group (organization type), we find the interesting result that none of the six survey participants from the maintenance and service industry sector said they use HUMS,” the report said. “Three of the six survey participants [in that sector] were from Canada, the USA and Mexico; two were from Europe and one from Russia. Though six is hardly a statistically significant sampling of the many companies in the helicopter maintenance and service business, it is surprising to see that none of those who responded to this survey use HUMS.”

FDM programs also had relatively low implementation rates, with the greatest usage in New Zealand (just over 40 percent) and by offshore operators (60 percent), the report said.

In a separate report, the U.S. Helicopter Safety Team (USHST) and the U.S. Federal Aviation Administration (FAA) said accident rates for U.S. helicopters declined in 2016 for the third consecutive year.

“The FAA and the helicopter industry have worked together to educate the civil helicopter community about safe practices, to drive these improved results,” FAA Administrator Michael Huerta said in a mid-February statement. “The FAA and the industry also are taking an active role in advancing safety through new technology, collaborative policy changes and proactive outreach.”