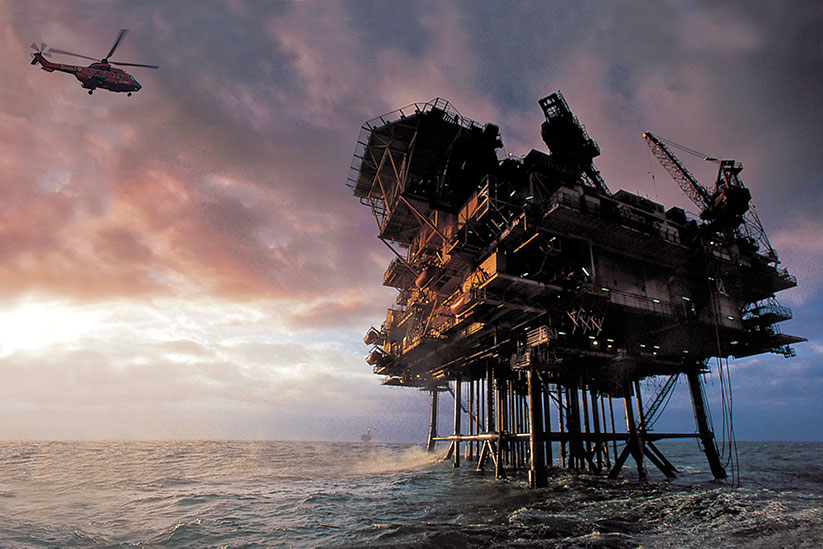 Less than a year after publishing a safety review of the offshore helicopter operations that support the oil and gas industries in and around the North Sea, the U.K. Civil Aviation Authority (CAA) says that “substantial and important” progress has been made toward improvements in safety. In a progress report published Jan. 28, 2015, the CAA added that “there is a strong collective commitment to change evidenced by the cooperation received from all parties represented in the newly formed Offshore Helicopter Safety Action Group, which is proving a catalyst for increased dialogue between helicopter operators, employee representatives, manufacturers and regulators.”

In February 2014, prompted by five significant accidents, including two fatal accidents, between 2009 and 2013, the CAA published its Safety Review of Offshore Public Transport Helicopter Operations in Support of the Exploitation of Oil and Gas (ASW, 4/14). In the review, which was conducted in conjunction with the European Aviation Safety Agency (EASA) and the Norwegian Civil Aviation Authority, the U.K. CAA announced a series of actions to increase safety in offshore helicopter operations. Among those actions were steps prohibiting helicopter flights in the most severe sea conditions; requiring that all passengers be seated next to an emergency window, unless certain conditions are met to make it easier to get out of the helicopter in an emergency; requiring improved emergency breathing equipment for all passengers; and strengthening pilot training and checking requirements.

Improving passenger protection in case of an accident is a priority, the report said, noting that more than half of the accidents between 1976 and 2012 in which a helicopter struck the sea were considered survivable; nevertheless, those accidents killed 38 people. Of those 38 fatalities, 31 were occupants who survived the impact but were then unable to exit the helicopter.

In addition, one of the accidents that prompted the safety review was the Aug. 23, 2013, crash of a CHC Helicopter Eurocopter AS332 that struck the North Sea during an approach to Sumburgh Airport.1 “This accident was clearly survivable, but three passengers did not escape from the helicopter,” the report said. “This reinforced the view of the review that steps should be taken to make escape from a ditched and/or capsized helicopter easier.”

In its January progress report, which reflects developments through the end of 2014, the CAA said that in almost all cases, actions and recommendations aimed at increasing the chances of passengers and crew surviving after a water impact have progressed on schedule. “As a result, we believe that several of the major risks identified in the original report have now been reduced,” CAA said.

To reduce the likelihood of a helicopter sinking after a ditching or other water impact, operators have been required since June 1 to ensure that the emergency flotation system, standard equipment on all helicopters in use offshore, is armed for all overwater departures and arrivals.

To make it easier to escape from a helicopter after a water impact, CAA Safety Directive SC2014/001 prohibited the use of seats that are not next to authorized underwater emergency exits (push-out windows), unless the helicopter has an EASA-approved side-floating scheme or all passengers are wearing a Category A emergency breathing system (EBS) that can be deployed underwater in less than 10 seconds. The CAA first proposed that the new EBS be required beginning in April 2016, but the industry introduced it ahead of schedule in September 2014. The EBS is built into new life vests that were approved by EASA in July. The industry trained 57,000 offshore workers in the use of the EBS in six weeks, the CAA said, adding that workers’ feedback on the devices — expressed on social media — has been positive.

A flight crew version of the EBS is expected to be introduced this year.

Helicopter operators, the industry safety group Step Change in Safety and specialists from Robert Gordon University have worked with the CAA on another proposed change that may eventually call for larger push-out windows in helicopters to enable more passengers to exit through the windows if necessary.

“A minimum width and diagonal measurement has been established for push-out windows,” the report said. “The width of the opening corresponds to passenger chest depth and the diagonal to shoulder width. … Any passengers that would not fit through these push-out windows will be seated adjacent to the larger exits which are required under the airworthiness rules on all helicopters.”

The university’s research determined that enough seats would be available next to the larger exits to seat all workers who might not be able to fit through the smaller window exits, the report said.

Since June 2014, the CAA has prohibited offshore flights if, during planning and pre-departure, the significant wave height is greater than 6 m (20 ft) en route and at the offshore location. The report said the CAA adopted that requirement because “strong winds and high waves, both common in the North Sea, make it harder for rescue craft and helicopters to reach an accident site and locate and recover passengers and crew. These conditions can also compromise the effectiveness of life rafts.” Other changes include new requirements for the number of layers of clothing that are to be worn under survival suits in summer and winter and standardized summer/winter switch-over dates.

Progress on operational recommendations is continuing on schedule, the CAA said, with the most rapid progress seen in the standardization of pilot training. Input from helicopter manufacturers is leading to greater emphasis on adhering to document procedures, particularly for the use of complex automated systems. Training is being revised to address the North Sea operating environment, the CAA said.

In other areas, the report said, early progress has “consisted mostly of building the evidence base to inform further action.” The next steps will include consultations on the CAA proposal to assume responsibility for the certification of U.K. helidecks and to follow through with planned actions to bolster offshore communication and air traffic control, the report said.

In addition, approved training organizations are expected to review pilot training materials and update their syllabuses, and audit and inspection processes are expected to be streamlined, the report said. The EASA is expected to advance several actions designed to improve survivability when it publishes proposed rules changes later this year, the document added.

Besides these specific actions, the report said, “it is strongly intended that the momentum built over this year should continue. In particular, the working relationships established between helicopter operators, regulators and manufacturers should lead to further safety improvements and the embedding of a stronger safety culture across the offshore helicopter industry.

“Rather than prioritising survivability, the focus now must be on continuous improvement so that the likelihood of incidents occurring decreases.”