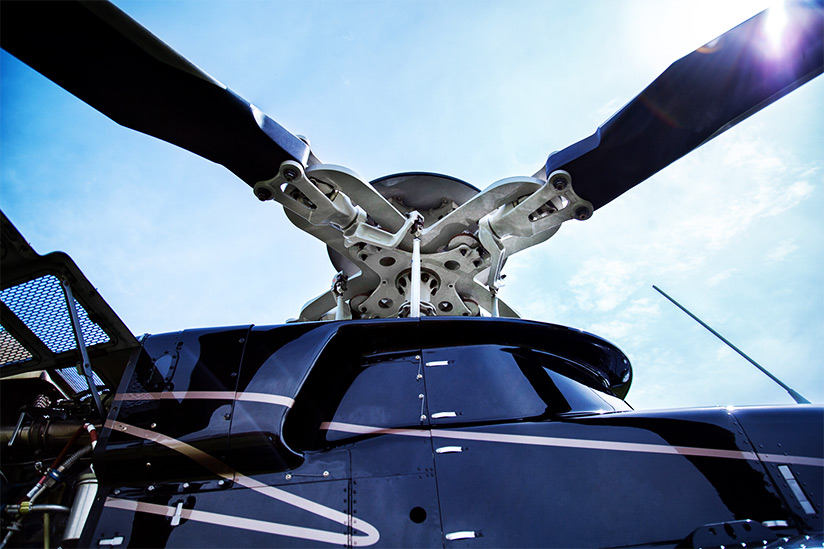 The pilot of a Bell 407 was on an approach to land in Hickory, Kentucky, U.S., on July 11, 2016, when the main rotor suddenly tilted to the right, and the helicopter banked right and crashed to the ground, killing the pilot.

Maintenance had been performed 38 flight hours before the accident and the U.S. National Transportation Safety Board (NTSB) said the probable cause was the “inappropriate removal without replacement of the safety wires on the collective lever pin screws.” The screws gradually backed out, resulting in a loss of collective control.

The flight began in Knoxville, Tennessee, at 1048 local time, stopped for refueling at Outlaw Field Airport in Clarksville, Tennessee, and took off again, bound for the Tennessee Valley Authority (TVA) Mayfield Customer Service Center in Hickory, where the pilot planned to pick up a maintenance lineman and then to proceed on an inspection of TVA power lines and equipment.

A lineman who witnessed the accident said the 407 appeared to be on a typical final approach, with normal engine sounds and normal helicopter position, until it had descended to between 75 and 100 ft above the ground. The NTSB report said the lineman then “observed the main rotor abruptly tilt to the right. Immediately after, the helicopter banked right, fell to the ground and came to rest on its right side.”

The wreckage was about 220 ft west of the intended landing zone, which the accident report described as a “level, open, gravel-covered storage area for power transmission equipment.”

The lineman told accident investigators “he never lost sight of the helicopter and … the impact [was] very hard with no sliding or bouncing,” the report said, adding that the rotor blades broke apart during the impact.

The engine continued running after the crash, and was shut off by “responding personnel,” who were not identified in the report.

The initial examination of the wreckage showed that the collective lever was “disconnected from the pivot sleeve,” the report said. The attaching hardware later was found loose, near the main rotor hub.

The accident pilot held a commercial pilot certificate with ratings for single-engine land airplanes and helicopters, along with instrument ratings for both. His second class medical certificate was current, and when undergoing his most recent medical exam, he reported having 18,430 flight hours. TVA personnel estimated that his total time included 850 flight hours in the Bell 407, in which he had completed a flight review on Jan. 5. He completed a second review, in an MD Helicopters MD530, on Feb. 12.

The helicopter was manufactured in 2012, and had a four-blade, composite hub main rotor system and a conventional two-blade tail rotor system. The TVA acquired the helicopter new in 2012 and maintained it according to an approved inspection program.

The collective lever was located at lower front end of the swashplate support. 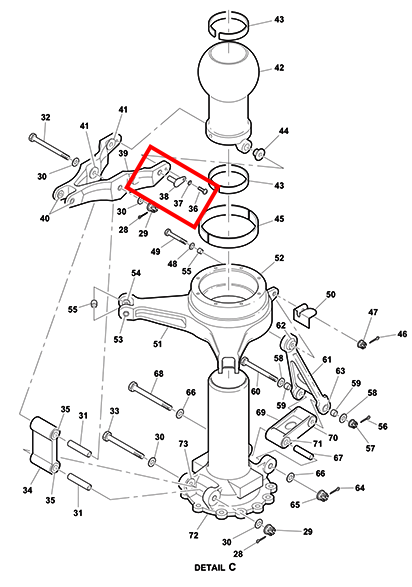 The maintenance and inspections were performed by two TVA airframe and power plant mechanics and supervised by a TVA foreman, who also assisted with the maintenance work.

The accident report said that one of the mechanics told accident investigators that during the maintenance check, he had re-installed an anti-drive lever assembly but “did not recall removing the lockwire on the collective lever pin
screws or removing the pins.” He said that the other mechanic had performed the 24-month inspection of flight control bolts and nuts, and he “further stated that the collective lever pins were not part of that inspection,” the report said.

The foreman had inspected the work performed around the flight controls and, according to the accident report, he said that removing the collective lever pins “was not part of the required maintenance performed.”

The report added, “He was not aware that the pins were removed or that any lockwire was removed. He added further, ‘I could see why it could have been done. The 24-month flight control bolt inspection was being performed; why not pull them and look at them, too? I’ve done it before.”

The two mechanics told investigators that their work on one aircraft was sometimes interrupted so they could work on a different project; there was no work-interruption policy, the report said. One of the two mechanics also told investigators that the operation did not use a “continuation sheet” or other documentation to specify which parts were removed from an aircraft.

The report concluded, “Given that the safety wires were missing, it is likely that they were removed and not replaced during [the 24-month inspection] and that maintenance personnel did not recall taking that action due to possible work interruptions.”

The report said that after the accident, the operator underwent two independent safety audits and took a number of additional steps intended to prevent a similar event in the future, including implementation of a formal fatigue risk management program, a safety management system, a formal tool/material accountability program, new work-interruption policies and a formal process for communicating safety-critical information, as well as creation of a safety officer’s position.

In its report, the NTSB said that mistakes during maintenance and inspections have led to a number of fatal accidents and in-flight emergencies, and that system or component failures are “among the most common defining events” leading to fatal accidents in general aviation.

“Mechanics should learn about and adhere to sound risk management practices to prevent common errors,” the report said. “Even well-meaning, motivated, experienced technicians can make mistakes.”

Although none of the maintenance personnel complained of having been fatigued on the days that they worked on the accident helicopter, the report also warned against the effects of fatigue on job performance; among other things, fatigue can contribute to forgetfulness, poor decision making and reduced vigilance, the report noted.

“Mechanics need to pay close attention to the safety and security of the items that undergo maintenance, as well as the surrounding components that may have been disconnected or loosened during the maintenance,” the document added. “Inspecting maintenance work is a great way to ensure that it is done correctly. Routine inspections should be thorough, and items needing immediate attention should be addressed rather than deferred.”

This article is based on NTSB Aviation Accident Final Report No. ERA16FA248 and associated docket information.