Indonesia, which has been assessed as below the worldwide average by an international safety oversight program, is “not … taking full advantage” of resources aimed at improving aviation safety, the International Air Transport Association (IATA) says.

Safety is of greatest concern in the ongoing push for development of the aviation industry in Indonesia, IATA said, noting that the country’s airlines have experienced at least one hull loss every year since 2010.

In addition, the International Civil Aviation Organization’s Universal Safety Oversight Audit Program placed Indonesia below the global average; the U.S. Federal Aviation Administration assigned Indonesia a Category 2 safety rating, signifying that its civil aviation authority “does not provide safety oversight of its air carrier operators in accordance with the minimum safety oversight standards” established by ICAO; and the European Union has banned all but five Indonesian air carriers from operating within its jurisdiction.

IATA Director General and CEO Tony Tyler said that his organization is working to improve aviation safety in Indonesia, but the country “is not taking full advantage of IATA’s resources.”

In his keynote speech to IATA Aviation Day in Jakarta, Indonesia, in early March, Tyler noted that of 62 Indonesian airlines that operate scheduled or charter flights, only one — Garuda — is on the IATA Operational Safety Audit (IOSA) registry. A place on the registry means that an airline has met IOSA safety standards.

“Making IOSA compulsory for an Indonesian [air operator certificate] will send a very strong signal of commitment to improve safety, and experience shows us that it will make a difference in safety performance,” Tyler said, noting that IOSA carriers consistently have better safety records than those not on the IOSA registry. “Turning around a safety record is not easy. The best-laid plans need to be followed up with concrete actions. Where this has been done — in Latin America, China and Nigeria, for example — we have seen significant and sustainable improvements.”

The European Aviation Safety Agency (EASA) is proposing what it calls a flexible, risk-based approach to integrating remotely piloted aircraft systems (RPAS) — considered a subset of unmanned aircraft systems (UAS) — into European airspace. (New U.S. proposals for small UAS are discussed on elsewhere in this issue.) 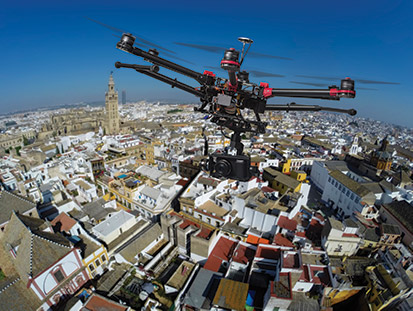 Basic national safety rules already apply to RPAS operations, “but the rules differ across the [European Union] and a number of key safeguards are not addressed in a coherent way,” EASA said, adding that its proposed standards will cover safety, security, privacy, data protection, insurance and liability.

EASA said that its flexible regulatory approach, called “Concept of Operations,” is “based on input from users and manufacturers of RPAS and provides a set of rules which are proportionate and risk-based. In other words, safety requirements are in relation to the risk an activity poses to the operator and to third parties. … The greater the risk, the higher the requirements.”

EASA proposed the creation of three categories of RPAS operations:

EASA plans to issue specific regulatory proposals for open-category RPAS, and a draft regulatory framework for all RPAS operations, before the end of 2015, after consultation with stakeholders.

No Country Left Behind

The International Civil Aviation Organization (ICAO) has launched its No Country Left Behind (NCLB) campaign as an attempt to deal with discrepancies in how member states implement its standards and recommended practices (SARPs).

The goal, ICAO says, is “to help ensure that SARP implementation is better harmonized globally so that all states have access to the significant socio-economic benefits of safe and reliable air transport.”

The NCLB effort began in the wake of a 2014 strategy meeting called to determine how ICAO could improve its communications with and assistance to member states.

ICAO said that meeting participants “determined that ICAO should focus its activities on states with higher accident rates or security threats and review what the organization can do to better encourage developed countries to provide more comprehensive assistance to developing countries.

“It also resolved that ICAO itself should provide more direct assistance to developing countries by playing a more active coordination role between states and by helping to generate the political will needed for states to pool resources, participate in regional efforts, earmark voluntary funds and build capacity.”

In a report released in early March, the GAO noted that the U.S. Federal Aviation Administration (FAA) has taken some actions to shield air traffic control from these threats, but “significant control weaknesses remain, threatening the agency’s ability to ensure the safe and uninterrupted operation of the National Airspace System.”

The GAO issued 17 recommendations calling on the FAA to take 168 specific actions to “fully implement its information security program and establish an integrated approach” to managing related risks. The FAA said it agreed with the recommendations.

The U.S. Federal Aviation Administration (FAA) has completed the installation of a network of 221 color, still-image cameras positioned to allow pilots to check on weather conditions around airports, air routes and extreme mountain passes, the agency says.

The final weather camera in the Alaska Weather Camera Program was installed in September 2014 at Harris River on Prince of Wales Island in the southeastern part of the state, and the FAA said in February that the resulting pictures “have been critical in helping pilots in Alaska make better safety decisions.”

The most remote site served by a weather camera is at Misty Fiords, about 52 mi (84 km) from Ketchikan, Alaska. The camera is powered by solar and wind generators.

Photographs from the weather cameras can be viewed on a website that provides an interactive map and other weather data products.

The FAA said the pictures also have helped operators save fuel costs “by eliminating situations where pilots take off only to find they have to return due to bad weather.”

The program began in 1999 after the FAA determined that it would enhance safety for pilots operating under visual flight rules. More than 75 percent of communities in Alaska do not have access to roads and depend on aviation for access to food, mail, jobs, school and medical services.

The displayed photographs, with a view updated every 10 minutes, can be seen at <avcams.faa.gov>. 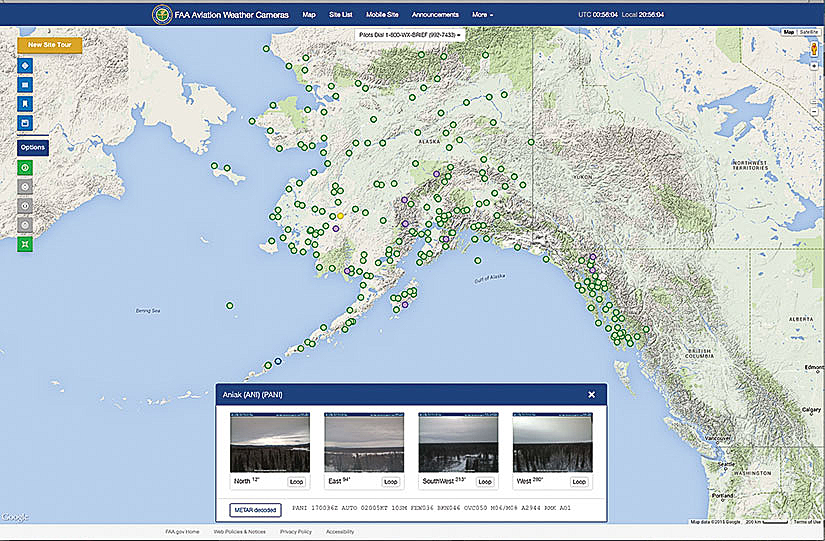 She will begin her three-year term in August, succeeding Raymond Benjamin of France, who has held the job since 2009.

Liu has been in her current job at ICAO since 2007. For 20 years before that, she held various positions at the CAAC, including legal counsel, deputy director, director and deputy director general in the Department of International Affairs and Cooperation.

Liu will be the first woman, and the second person from the Asia Pacific, to head ICAO.

The European Commission has published a new regulation to establish mutual recognition of licenses issued to air traffic controllers by all air traffic control training organizations across the European Union and to harmonize medical requirements for both pilots and controllers. The regulation will become applicable June 30 and will take full effect in December 2016. … Mark Skidmore, director of aviation safety at the Australian Civil Aviation Safety Authority (CASA), says his agency is beginning a push to implement a just culture approach to the regulation of aviation safety. “A just culture approach is already implicit in CASA’s enforcement policy and practice,” Skidmore said. “However … we will be making this commitment clearer and more explicit.”