New award is named for one of the founders of Flight Safety Foundation. 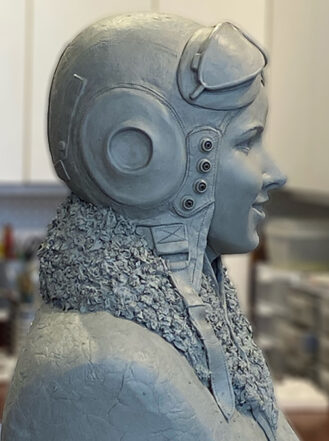 ALEXANDRIA, Virginia — Flight Safety Foundation today announced that it is accepting nominations for the Gloria Heath Trophy, which will be awarded to recognize a woman or specific group of women for notable achievements in civil aviation.

The award is named to honor Gloria W. Heath, one of the founders of Flight Safety Foundation. Heath was an aviator in the U.S. Women Airforce Service Pilots (WASPs) during World War II. She was a pioneer and a leader during the early days of the commercial aviation industry. Heath was designated by Women in Aviation International as one of the 100 most influential women in the first 100 years of the aviation and aerospace industry.

She was honored with numerous awards, including the Amelia Earhart Award, the Laura Taber Barbour Air Safety Award, Smith College Medal, Engineering Sciences Award of the International Academy of Astronautics, the Women in Aerospace Lifetime Achievement Award, and the Congressional Gold Medal. Heath died in 2017 at age 95.

Nominations for the inaugural award, which will be presented during the Foundation’s Networking and Awards Dinner on June 21 at the National Press Club in Washington, are now open. The deadline for submitting a nomination is April 30, 2022. More information on the award, criteria and the nomination process can be found on the Gloria Heath Trophy webpage on the Foundation’s website.

ALEXANDRIA, Virginia — Poppy Khoza, South Africa’s director of civil aviation, and the International Civil Aviation Organization (ICAO) will be honored for their leadership and contributions to the aviation industry…