Citing progress in addressing the issue of unstable approaches that continue to landing, the Transportation Safety Board of Canada (TSB) has dropped the matter from its Watchlist of top transportation safety issues.

The issue was omitted from TSB’s Watchlist 2018, released in October, because of “actions taken by stakeholders and/or progress achieved in reducing the underlying safety deficiencies,” the TSB said.

Watchlist 2018 contains two aviation-specific issues, one each for the rail and marine sectors, and three that are considered multimodal.

The two aviation-specific items are the risk of collisions on runways due to runway incursions, and runway overruns. Both issues appeared on Watchlist 2016, and the risk of runway collisions also was on the 2014, 2012 and 2010 lists.

“While the majority of these incursions posed little to no risk, there were 21 high-severity events in each of the past two years,” TSB said. “These could have led to a collision with aircraft, damage, injuries and loss of life.”

TSB also said that, since 2013, there have been an average of nine runway overrun accidents and incidents per year in Canada. “These can result in aircraft damage, injuries and even loss of life — and the consequences can be particularly serious when there is no adequate runway end safety area (RESA) or suitable arresting material,” TSB said.

Three multimodal safety issues that made the Watchlist were safety management and oversight, slow progress toward addressing TSB recommendations, and fatigue management in all three modes.

“At the TSB, we recognize that fatigue can affect performance. We see it in one investigation after the other, across all modes of transportation,” said TSB Chair Kathy Fox. “Transport Canada, operators, unions and employees all share the responsibility for preventing and managing fatigue at work. This also calls for a profound change in attitudes and behaviours, both at the management and operational levels.” 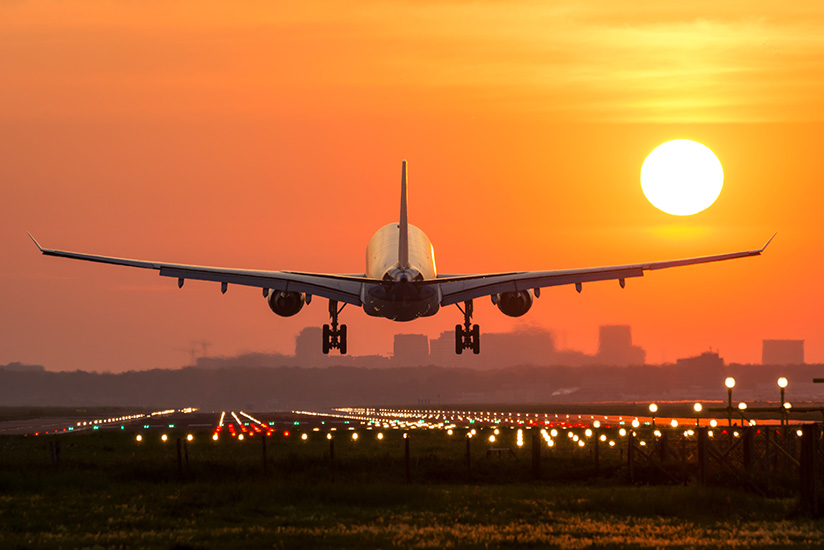 Contingency plans must be in place to maintain a consistent level of aviation safety after the United Kingdom leaves the European Union (EU) in March 2019, the International Air Transport Association (IATA) says.

Advance planning is essential in case there is no final agreement on a withdrawal plan and a Brexit transition period, IATA says. 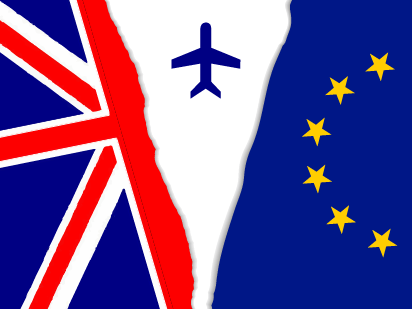 The EU endorsed an agreement in late November to pave the way for the U.K.’s withdrawal, but the deal will not take effect unless it receives final approval from the British Parliament.

The U.K. and the EU must move quickly to establish a framework for regulating aviation safety and security, as well as preventing interruptions in air transport services and putting in place policies and processes for efficient border management, IATA said in an October statement.

“These are the most critical areas because there are no fallback agreements … available in a ‘no-deal’ Brexit scenario,” IATA Director General and CEO Alexandre de Juniac said. “Without any contingency planning being made transparent to the industry, the risks of not addressing these issues could mean chaos for travelers and interrupted supply chains. With less than six months to go, we have little more certainty than we did in June 2016,” when U.K. voters endorsed leaving the EU.

In recent months, the U.K. and the EU have tried to reach agreement on how to handle the withdrawal. If they fail, the U.K.’s departure from the EU would occur abruptly on March 29, without a transition period. In that case, a significant disruption in air services would be likely, IATA said.

“The safety and security framework for connectivity between the U.K. and EU is complex [and] comprehensive, and delivering world-class levels of performance [is] the industry’s number one priority,” IATA said. “There can be no compromise to keeping passengers and shipments safe and secure.”

IATA called for the U.K. to remain in the European Aviation Safety Agency (EASA) after withdrawal from the EU, “at least as a third-country member,” and recommended that EASA and the U.K. Civil Aviation Authority conduct technical discussions on their future relationship.

“Mutual recognition of professional licenses, standards for materials and parts, and other safety elements should be put in place to come into effect immediately after March,” IATA said.

Projected increases in air traffic and in the use of new technologies, including drones and artificial intelligence, will transform aviation, and the industry must be prepared with plans for “a safe, interoperable, seamless and global civil air traffic management system,” Olumuyiwa Benard Aliu, president of the Council of the International Civil Aviation Organization (ICAO), says. 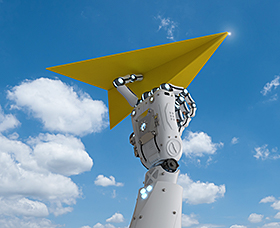 Speaking at ICAO’s 13th Air Navigation Conference, held in October in Montreal, Aliu said that for several decades, the civil aviation community has been slowly moving toward a future air navigation system, and that “the future is now” for air traffic management and other operations that must be adapted to meet the industry’s needs.

ICAO Secretary General Fang Liu told the conference that new entrants into the industry will “enhance and expand the socio-economic value of aviation.” Collaboration and planning among all sectors of the industry will prove more effective at problem-solving than “patchwork solutions, which can vary from state to state or region to region,” she said.

Pilots and flight school personnel should review aircraft manufacturers’ guidance on circuit breakers and procedures to be used in abnormal or emergency situations, the U.S. Federal Aviation Administration (FAA) says.

FAA Safety Alert for Operators (SAFO) 18014, issued in late October, cited several fatal accidents in which pilots were “unable to identify and pull a circuit breaker (typically the autopilot) during an abnormal or emergency situation.”

In one case, a Cessna Citation 550 struck Lake Michigan after departing on June 4, 2007, from General Mitchell International Airport in Milwaukee, Wisconsin. Both pilots and all four passengers were killed, and the airplane was destroyed.

The SAFO said, in summarizing the NTSB’s final report on the accident, that the probable cause was the pilot’s “mismanagement of an abnormal flight control situation through improper actions.”

The pilots had reported a control problem shortly after takeoff and began to return to the airport, the FAA said, adding that the pilots “believed they had a runaway trim condition. Nine seconds prior to impact, the captain stated he was trying to pull the circuit breakers (autopilot).”

The SAFO noted that the locations of all circuit breakers and the appropriate responses to emergency situations are discussed in pilot’s operating handbooks and airplane flight manuals, and that Advisory Circular 25-7D, Flight Test Guide for Certification of Transport Category Airplanes, contains guidance that says circuit breakers that must be activated during non-normal or emergency procedures should be accessible during flight and easy to reset.

Pilots’ essential skills in these situations include knowing the location and identification of circuit breakers that must be pulled in abnormal situations or emergencies and checking the flight director/autopilot before takeoff, the SAFO said. 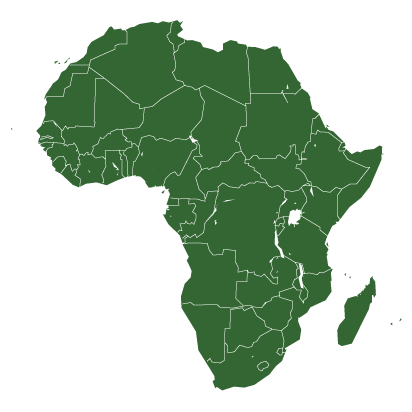 African governments must work together to enhance safety in air travel throughout the continent, the head of the International Air Transport Association (IATA) said in a speech to the 50th Annual General Assembly of the African Airline Association, held in Morocco in late November.

“Africa has had no jet hull losses for two years running and is two years free of any fatalities on any aircraft type,” IATA Director General and CEO Alexandre de Juniac told the meeting. “It’s clear that progress is being made. But more needs to be done.”

One helpful step would be for governments to recognize the IATA Operational Safety Audit (IOSA) in their safety oversight programs, de Juniac said, adding that data show that the safety records of IOSA air carriers are three times better than airlines not on the IOSA registry.

Countries also must develop better records in implementing the International Civil Aviation Organization’s (ICAO’s) standards and recommended practices (SARPs), he said. Only 24 countries in Africa comply with 60 percent or more of ICAO’s SARPS, he added. “That is not good enough,” he said, emphasizing that global safety standards should be a top priority.

“We have infrastructure problems in two extremes,” he said. “In some cases, it is overbuilt and expensive. In other cases, it is deficient and cannot meet demand. Dialogue between industry and government is critical to ensure that there is sufficient capacity to meet demand, that airline technical and commercial quality standards are met and that the infrastructure is affordable. Achieving that will create the platform on which aviation’s economic and social benefits can be maximized.”

The U.S. Federal Aviation Administration (FAA) is seeking public comment on proposed changes in requirements for obtaining an airline transport pilot certificate in the airplane category or an airplane type rating. The comment period extends through Dec. 21. … The Civil Aviation Safety Authority of Australia (CASA) says aviation maintenance organizations and others in the aviation industry have recommended “a simpler, more understandable set of rules” for general aviation maintenance. The comments came in response to CASA’s request for feedback on current regulations; 78 percent of respondents endorsed the adoption of rules similar to those used in the United States.

Human factors were cited in an overwhelming number of cases of vehicular and personal deviations at U.S. airports, a new study says.

The TSB blamed an ATR 42’s runway excursion in part on a contaminant inside a propeller high-pressure pump that led to a condition called pitch-lock.

The TSB’s new Watchlist highlights runway safety concerns that have plagued the Canadian aviation industry for more than a decade.